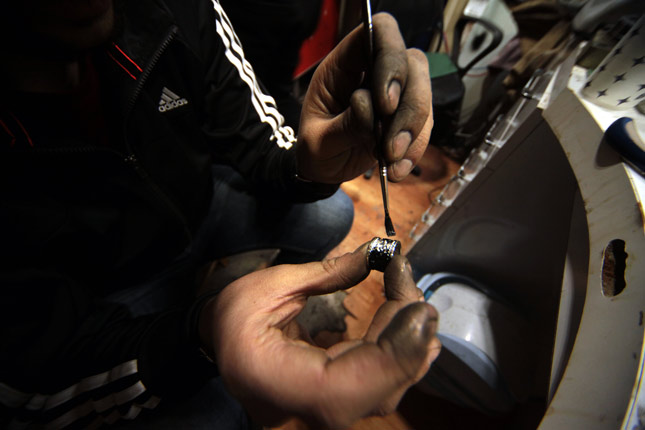 by Anadolu Agency Mar 13, 2015 12:00 am
The accessories worn by actors in Turkish period dramas are in high demand both in Turkey and abroad. The Samsun-based accessories designer and producer Emre Ergün said that bracelets, rings and necklaces featuring Ottoman-era patterns have become famous in foreign countries where Turkish TV series are syndicated. More customers have begun to order these stylish accessories, Ergün added. "Turkish period dramas have increased interest toward historical accessories. Customers are influenced by the actors' specially-designed large rings and bracelets," he said, adding that the demand is due to nostalgia for the past. Ergün said customers contact him through the Internet and order custom-made accessories. He designs the order by looking at the photos sent by customers. Mostly made of silver, Ergün said he receives orders from Egypt, Iraq, Tunisia, Libya and Algeria. "We receive ring and prayer bead orders from Arabic countries," Ergün continued. Customers generally prefer large rings or prayers beads made of natural stones including agate, onyx, ruby, emerald, quartz, lapis, jade, tourmaline, amber, tiger's eye, turquoise and topaz. Turkish TV series have helped revive old, almost-forgotten types of rings. "The art of making rings has re-gained its popularity," he said. The price of prayer beads ranges from $40,000 to $500,000, while the price of silver rings and bracelets varies based on model and weight.