Two parrots addicted to tea and coffee in Gaza 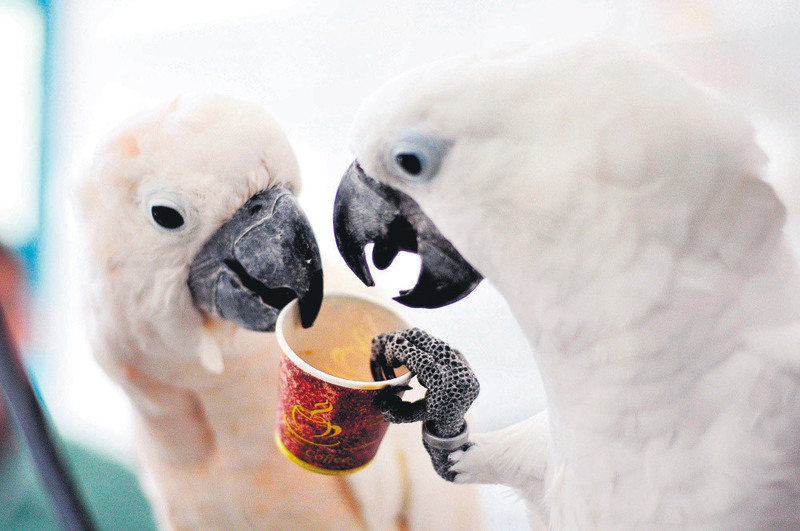 by Anadolu Agency
Mar 15, 2015 12:00 am
Muhammed ed-Deyri, a pet shop owner in Gaza's Shajaiya neighborhood, which has been greatly affected by Israeli military operations, said his two cockatoos named Koko and Riko are tea and coffee addicts. Deyri said that the parrots heartily drink three cups of tea and coffee every day and go mad when they don't drink. He said his shop draws great interest because of his caffeine fiend cockatoos who even go to the extent of drinking from customers' cups. For many years Deyri has sold and purchased imported birds in his shop. He said many birds were killed during the Israeli attacks in June 2014. When the tension between Israel and Palestine subsided, Deyri reopened his shop and continues to import birds. Starting on July 7, 2014, the 51-day war killed more than 2,000 Palestinians and destroyed thousands of residential structures across the territory. Israel announced that it lost 71 citizens, 66 of whom were soldiers.
Last Update: Mar 15, 2015 11:38 pm