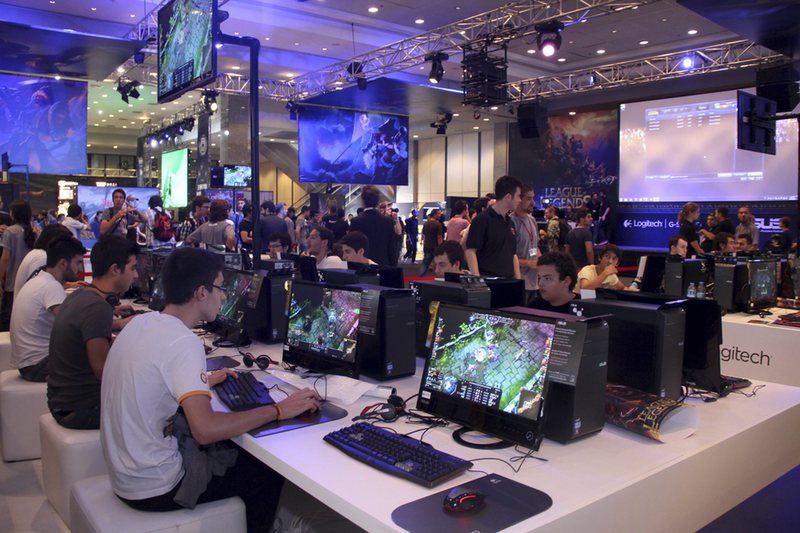 The total value of the gaming sector is continuously increasing worldwide and is expected to reach $111 billion by the end of 2015. In response, Turkey is now developing ways to increase its share in the gaming market

A strategy plan will soon be designed to make Turkey an active player in the global gaming industry, which has become worth almost $111 billion.

The strategy plan will cover new initiatives, attempts to attract foreign investors, effective communication with universities, creating necessary human resources and changes in related legislation. According to the 2015-2018 Information Society Strategy and Action Plan prepared by the Ministry of Development, the game industry will be supported to develop more local games. Necessary steps will be identified within the context of the new strategy and action plan, and Turkey's game sector will be also analyzed with representatives from universities and independent professionals. Moreover, the Ministry of Economy, Ministry of Development and Ministry of Science, Industry and Technology will work closely with nongovernmental organizations, the ODTÜ Teknokent A.Ş., Ankara Development Agency, universities and the Federation of Developing Sport Branches.

In the coming years, it is expected that the local game sector along with mobile applications will boost the individual software market. A research report by Gartner demonstrated that the global game market, which includes game consoles, software and hardware, will reach $111 billion by the end of 2015. There are currently 21.8 million potential game players in Turkey, and they spend 11.4 million on digital games. In 2012, the local game sector surpassed $300 million. Additionally, the share of the game sector is around 5 percent in local business. However, estimations show that Turkey's game industry is open for development.

Digital games are highly popular in Turkey thanks to its young population. It is estimated that 39 million hours are spent on games in Turkey on a daily basis. Turkey comes first in the social game category with an average of a 38.4-minute game session per player. Game technologies cover a wide range fields from programing, animation, editing, design and music, and are commonly used in health, education and defense. To illustrate, game-based learning creates an important part of the Movement to Increase Opportunities and Technology (FATİH) Project. An advanced game sector also helps to promote countries through games with historical settings.

In recent years, Turkey's game sector has attracted the interest of foreign investors. The necessary human resource in the game sector will accelerate through acquisitions and partnerships with multinational companies. The assistance offered to Turkish game companies is limited, with project funds and international promotions within the context of general support to information technologies. New initiatives for the improvement of Turkish game sector include:

l The current condition of Turkey's game sector will be analyzed with professionals and experts from universities. A roadmap will be designed after the hindrances and possible capacity of the sector is discussed.

l In line with the roadmap, a strategy plan will be designed to plan game development activities.

The changes in related legislation will include initiatives, attracting foreign investors, finding necessary human resources and effective communication with universities.

Implementing an action plan within the framework of the new strategies.

Follow-up of the action plan's results, and updating current policies and initiatives.

Some Turkish game developers have had notable success in the game-market in the last decade. Located in Ankara, TaleWorlds Entertainment, which was founded in 2005 by Armağan Yavuz, achieved great success with its first game, "Mount & Blade." The medieval action role-playing game, which was released in 2008, sold more than 1 million copies of the game around the world, which brought in more than 3 million dollars in income. After this achievement, a sequel, "Mount & Blade: Warband," was released in March 2010, and a spin-off, stand-alone expansion, "Mount & Blade: With Fire & Sword," based on the historical novel "With Fire and Sword," was released in May 2011.

Founded by Cevat, Avni and Faruk Yerli, Crytek also has a prominent place in the game world with their well-known first-person shooter series "Crysis" and "FarCry."
Last Update: Mar 25, 2015 10:05 am
RELATED TOPICS