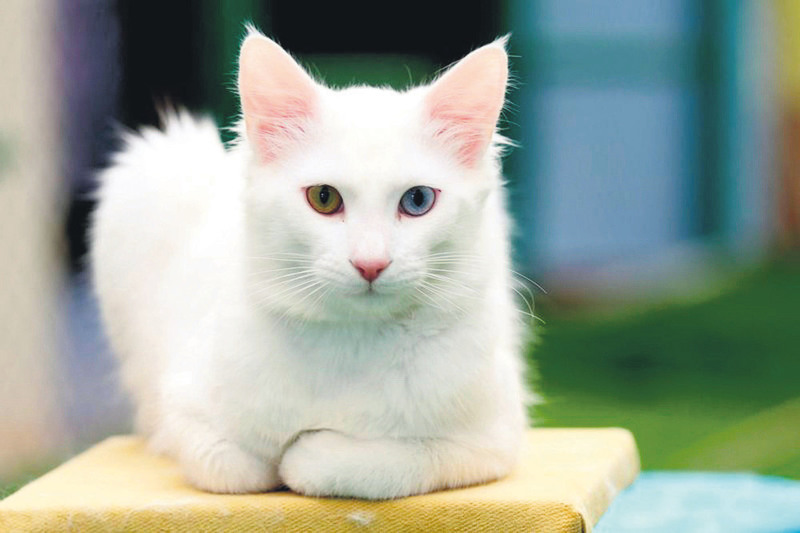 by Daily Sabah Mar 26, 2015 12:00 am
Van-based businessman, Erdal Binici, has established a special shelter for 30 Van cats in order to protect the species – one of the only pure breeds in the world. Binici, who revives the Urartian civilization's long-forgotten culture of silver embroidery in his workshop near Van Castle, wants to offer his help to protect Van cats. With this in mind, the businessman built a shelter for Van cats in his garden, and takes care of 30 Van cats, which he collected from the streets and other places.

The Van Cat is known for its friendly demeanor, silky fur, lion-like walk, fluffy tail, mismatched-colored eyes and a fondness for water, and is one of the rare animal species that is not hybridized. Binici, who believes that the Van cat species should be saved and passed down to future generations, said that every house in Van used to have a Van cat, but this tradition no longer continues.

This is not the first attempt at protecting the cats. The Van Cat Research and Application Center, founded by Yüzüncü Yıl University to protect Van cats in the 1990s, is close to saving the precious felines from extinction. The center has been breeding new kittens using the adult cats in its cat house, and has banned people from taking the cats out of the province. Through their studies, the center has achieved an increase in the number of cats with one amber-green eye and one blue eye.