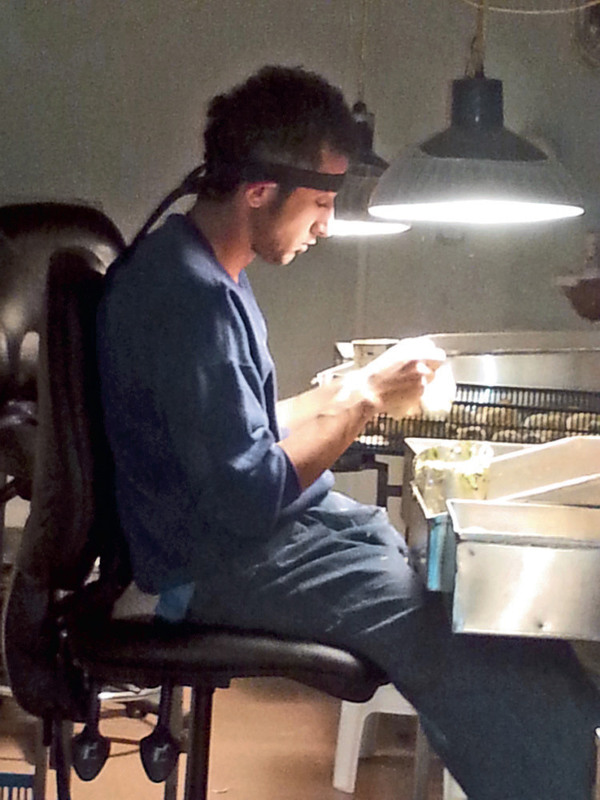 by Mar 27, 2015 12:00 am
Okan Kavlak, who lives in Bandırma, one of the white meat and egg production centers of Turkey, practices a profession that is very rare in Turkey; Kavlak is a chick sexer who determines the gender of the chicks an hour after they hatch. "Very few people practice this profession. Our job is to determine the gender of the chick," said Kavlak. A good chick sexer can determine 800 to 1,200 chicks' gender in an hour with a 2 percent margin of error. "We earn over TL 11,000 ($4,242) a month," he added.

Kavlak, who is also a bank employee, said that he prefers chick sexing and emphasized that this profession is practiced by 18 people in Turkey and not much more than 200 people around the world. Stating that he received training on chick sexing, which is very common in South Korea and the Netherlands, Kavlak said "Determining the gender of the chicks is very hard. You have to be an expert otherwise you will have problems. If you do not know the chick's gender, you have to wait until they grow up and grow a comb, if they are roosters." Normally, the gender of a chick reveals itself naturally after 45 days, which is a loss of time and money for chicken farmers. According to Kavlak, sexers who earn the most money in the sector are those who can determine the gender from the anus. He noted that the error margin of this determination should not be more than 2 percent. "As there are very few chick sexers in the sector, British chicken farms are okay with a 3 percent error margin," Kavlak claimed. Stating that there is a machine that can reveal the gender of the chicks, he said that it is not favored by the farmers as it is slow and it has high margin of error. Kavlak also encourages young people to take an interest in the profession.
Last Update: Mar 27, 2015 2:17 am
RELATED TOPICS