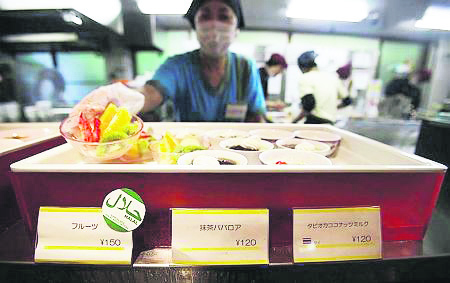 by Anadolu Agency Apr 03, 2015 12:00 am
Minister of Customs and Trade Nurettin Canikli has urged Muslim countries and halal food producers to cooperate in creating a council under the Organization of the Islamic Conference (OIC) for the prosperity of the industry and the benefit of consumers.

Speaking at the World Halal Conference in Kuala Lumpur on Wednesday, Canikli said halal food should be at the center of attractions among Muslim countries, as the demand for such food is growing each day due to consumption among both Muslims and non-Muslims.

"The growth of the halal industry requires all of us to have a supreme council that will standardize all decisions and certifications. This will enhance the reliability of halal food among consumers," he said.

Explaining that the halal food sector has a worth of more than $1 trillion, he stressed the need for certification enforcement departments and harmonization among producers.

"No countries should say its own certification is the best. What is best in your country is not necessarily applicable in another country, which then is an issue for exporters and importers of such products," he added. "It should no longer be my rules but our rules."

Regarding halal food security, Canikli said consumers tend to make mistakes by assuming that all food items produced in Muslim nations must be halal, even though studies have shown that some non-halal ingredients could be added.

"I am not naming any countries, but at the same time we cannot say that all products coming from Muslim countries are halal," he said.

Turkey had initiated a study to examine food items from Western countries and their ingredients, particularly gelatin, according to the minister.

The two-day World Halal Conference is held in Kuala Lumpur on an annual basis, and this year's gathering was opened by Malaysian Prime Minister Najib Razak.

Both Malaysia and Turkey are among the 57 member countries of the OIC, the world's second-largest intergovernmental organization after the U.N.
Last Update: Apr 03, 2015 2:15 am
RELATED TOPICS