Irish girl finds her doppelgänger through a Facebook campaign 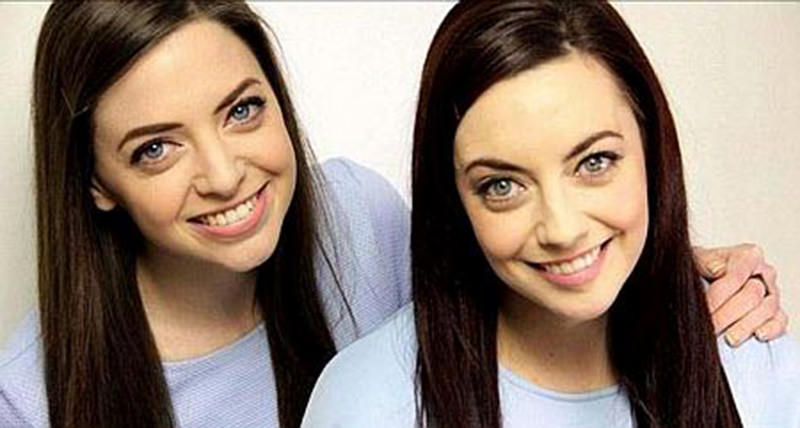 Niamh Geaney (left) found her ideally identical twin Karen Branigan (right) through a social media campaign (Photo: Pic Facebook/TwinStrangers)
by Compiled from Wire Services Apr 15, 2015 12:00 am
A Dubliner Niamh Geaney, 26, has found her ideally identical twin via a Facebook campaign 'Twin Strangers', after betting her two friends to find their doppelgängers within 28 days.

With her two friends Terence Manzangaand Harry English, Niamh started the campaign on 30 March as a social experiment which soon turned into a challenge with hundreds of submissions of 'twin strangers' from all around the world. Leaving her two friends behind in the challenge, Niamh found her ideally identical twin Karen Branigan, 29, a fellow Ireland native living only an hour away, and met her to take some twin-like photos together.

Speaking to The Daily Mail's website, MailOnline, about her first meeting with Karen, she said "I was ridiculously nervous about how I would react to meeting someone that looks like me. For the entire duration of our encounter I pretty much stared at her. I couldn't get over her face, and some of the expressions she would pull I would think to myself or say aloud, "Oh my God that's my face."

As for Harry and Terence, they will keep on searching for their closest lookalikes on social media till the day the competition ends, on April 27.
Last Update: Apr 15, 2015 6:31 pm
RELATED TOPICS