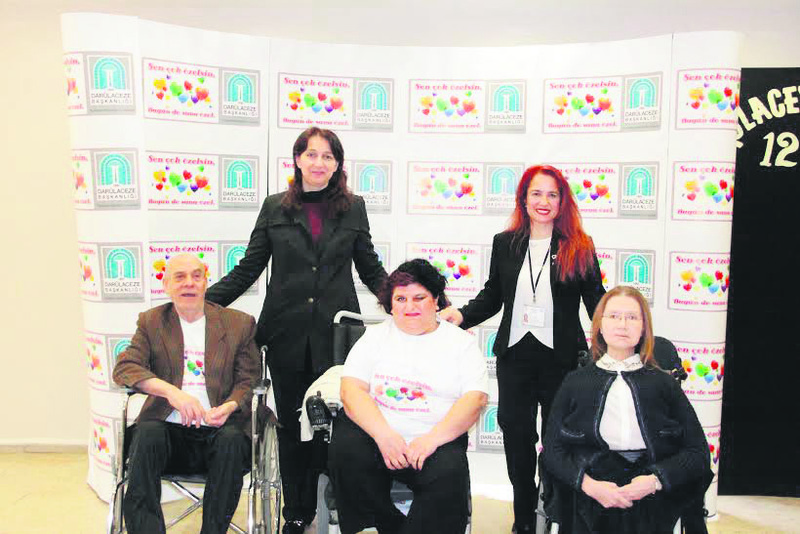 by Zeynep Esra İstanbullu Apr 17, 2015 12:00 am
Darülaceze, a nursing home for the elderly, is celebrating its 120th anniversary with a new project titled "Sen Çok Özelsin" (You Are Very Special), and invites every volunteer with a loving heart to join the project.

Initiated by Darülaceze's supporters, the project is looking for new heroes who will spend a day with the residents of the nursing home and make their dreams come true. The president of Darülaceze, Aylin Çiftçi, expressed her excitement and happiness about the project, and said their aim is to increase the number of Darülaceze volunteers while supporting the home's residents. Seval Dikkanat, who has been a volunteer at Darülaceze for seven years, suggested the idea about initiating the project. "When I spent a day with Birsen who had been dreaming about spending a day in Taksim for 20 years, I realized that the dreams of Birsen and her friends can be realized in a single day," she explained. Seval underscored that they are in need of individuals to make the forgotten dreams of the elderly a reality as part of the project. You can visit the official webpage of the project at: www.darulacezesencokozelsin.com to learn more about the project and how to participate.
RELATED TOPICS