THY CEO suggests pilots get married to avoid depression 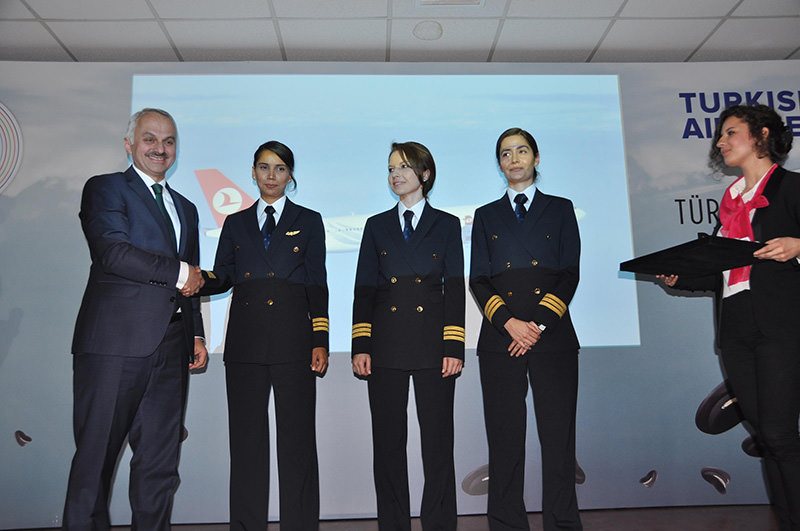 | DHA Photo
by daily sabah Apr 17, 2015 12:00 am
Turkish Airlines (THY) CEO Temel Kotil has suggested that pilots get married to avoid severe depression and its ensuing effects, as demonstrated by Germanwings pilot Andreas Lubitz.

Lubitz reportedly suffered from depression, and while co-piloting a Germanwings Airbus A320 that was heading to Dusseldorf, locked the captain out of the cockpit and deliberately crashed the plane into the French Alps on March 24. The aviation tragedy caused the death of all 150 passengers and crew on board.

Speaking at the graduation ceremony of 86 newly-graduated THY pilots, which was held at the Turkish Airlines Education Center, Kotil underscored the importance of family life for pilots, while they continue their career. "The crash of the Germanwings plane taught us many things. Being a pilot is a critical job, and you are responsible for hundreds of passengers' and crew members' lives. We know the lifestyle of pilots – it doesn't matter if they are male or female – is very important in terms of how it impacts their work. It was announced that the pilot became depressed after he broke up with his girlfriend. So, we encourage our pilots to marry and have a proper life," he said.

We have 4,000 pilots in total in our fleet; however, only 40 of them are women. If half of our pilots were female, there would be 2,000. At least 10 percent of our pilots should be female|Turkish Airlines CEO Temel Kotil

He also drew attention to the fact that the number of female pilots remained low, mentioning that only three women were among the 86 newly graduated pilots. "We have 4,000 pilots in total in our fleet; however, only 40 of them are women. If half of our pilots were female, there would be 2,000. At least 10 percent of our pilots should be female," he stressed.
Last Update: Apr 18, 2015 11:10 am
RELATED TOPICS