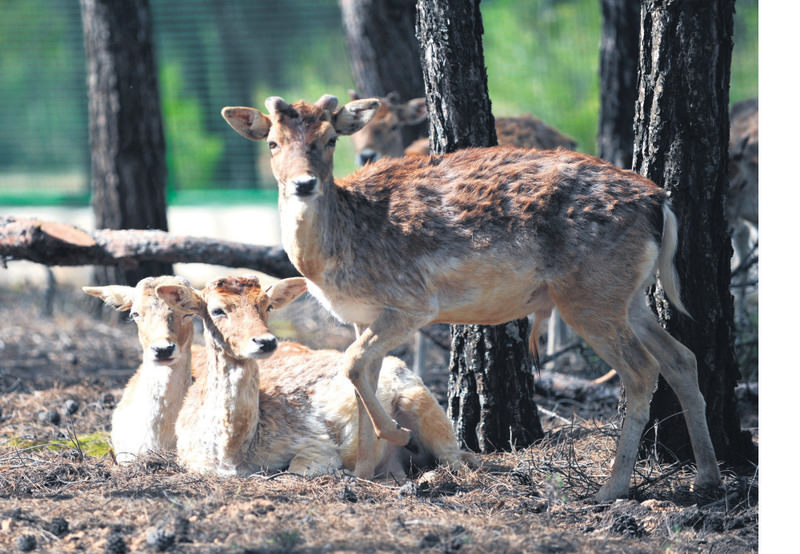 by Anadolu Agency Apr 19, 2015 12:00 am
The Gaziantep Safari Park, whose foundations were laid almost a year ago on the instruction of Gaziantep Metropolitan Municipality Mayor Fatma Şahin, will offer its visitors a safari experience almost as good as being in the African wild itself. Visitors will be able to observe nearly 200 animals from 70 different species in their natural habitat.

Situated inside Gaziantep Zoo, which is the biggest zoo in Turkey and the second biggest in Europe in terms of its acreage and the number of animals it shelters, the Gaziantep Safari Park enables animals, including camels, deers, kangaroos and lamas, to walk freely within the range of the park.

Currently, the park is undergoing environmental monitoring; however, it will open its doors on April 23, the National Sovereignty and Children's Day.

Celal Özsöyler, the head of the Wildlife Protection Department of the Gaziantep Metropolitan Municipality, told Anadolu Agency that Gaziantep Zoo, which shelters over 7,000 animals from 300 different species over a 1-million-square-meter area, has been drawing attention from people of every age.

Stating that approximately a million people visit the zoo annually, Özsöyler claimed that they have initiated new projects to keep the interest alive. Pointing out that the Gaziantep Safari Park is one of these projects, he said the park, which was built over a 15,000-square-meter area, is a first in Turkey. "Only a few days are left before the opening. The municipality financed the construction of this park and the environmental monitoring still continues," he said. He said they selected animals that get along with each other. "Our visitors will be able to get in special cars and observe over 200 animals in their natural habitats without any fences. We invite everybody to Gaziantep," Özsöyler concluded.
Last Update: Apr 19, 2015 11:44 pm
RELATED TOPICS