Demand up for Akbash shepherd dogs 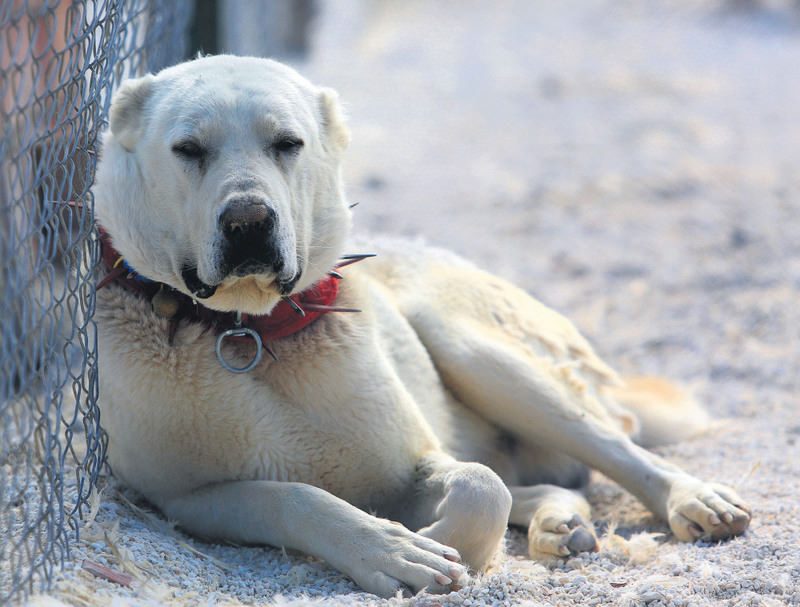 by Daily Sabah with AA May 10, 2015 12:00 am
Dog lovers now need to wait at least five months to be able to own the native Turkish dog breed called Akbash, the president of the Akbash Shepherd Dog Conservation and Research Association said.

Erhan Ulutürk, who is also an official at the Food, Agriculture and Livestock Ministry gave an exclusive interview to Anadolu Agency in the northwestern province of Eskişehir, saying there is an increase in demand for the Akbash dog, both in Turkey and abroad. "The Akbash shepherd dog has become popular," he said. "Within our association, we now have 80 breeding Akbash dogs, including 60 females and 20 males."

Ulutürk claimed the Akbash has been used as a livestock guard dog in Anatolia for more than 3,000 years. The bred became popular in the U.S. in the 1970s. He said Akbashes generally guard herds of sheep across Turkey. The large, all-white dogs with dark eyes have a sharp sense of sight, hearing and smell, are long-bodied and long-legged and can run very fast.

"In 2010, we built AKAD with eight stud Akbash shepherd dogs and started to reproduce and protect them," Ulutürk said. "We also received financial support from the U.N. Global Environment Facility Small Grants Program in the same year." AKAD is linked to a number of international organizations in the U.S., Canada and the Netherlands.

The Akbash is a large, white breed that was developed in the plains and mountains of Turkey. It is an ancient breed and although it is believed to have derived from similar species in Italy and Hungary, the exact ancestry of the Akbash is not really known. The solid breed came into prominence due to its keen ears and remarkable strength. Its weather-resistant, double short-to-medium-length coat is coarse with very little odor. The breed has powerful jaws and V-shaped ears as well as a strong and muscular neck. The breed's eye color varies from light golden brown to very dark brown and its paw pads are generally thick, hard and elastic.
Last Update: May 10, 2015 11:13 pm
RELATED TOPICS