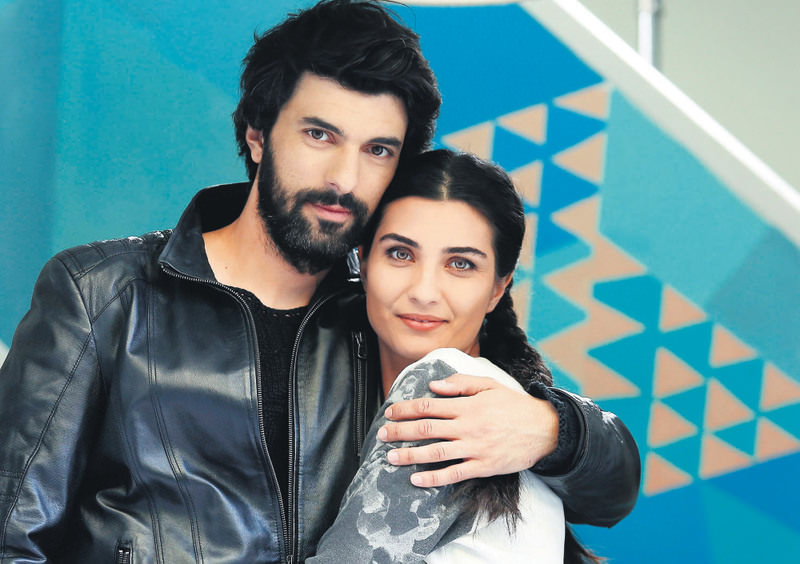 by Daily Sabah May 11, 2015 12:00 am
Starring Tuba Büyüküstün and Engin Akyürek, the TV series "Kara Para Aşk" (Dirty Money & Love) has entered South America and is now being broadcasted in Chile. The first episode of the series, which has a large audience in Turkey as well as abroad, was aired on Mega TV, Chile's biggest TV channel.

Focusing on the love story between police captain Ömer and Elif, who is investigating her father's murder, the show tops the ratings in Chile. As it has made an incredible start in the South American country, the series has also become one of the most-watched shows due to its rerun the following day. Toygar Işıklı, who composes the soundtrack of the series, attended the premiere in Chile and drew a great deal of attention during the premiere, receiving many offers for soundtracks and concerts.

The musician, who has been in contact with the producers to make the Spanish versions of the soundtracks of other Turkish series such as "Ezel," "Fatmagül'ün Suçu Ne?" (What is Fatmagül's Fault?) and "Kara Para Aşk," will also give a concert in Chile. Büyüküstün and Akyürek have gained widespread fame in the Balkans and Middle Eastern countries with their leading roles in many famous Turkish series.
Last Update: May 11, 2015 11:14 pm
RELATED TOPICS