Directors use crane to defy their stadium ban 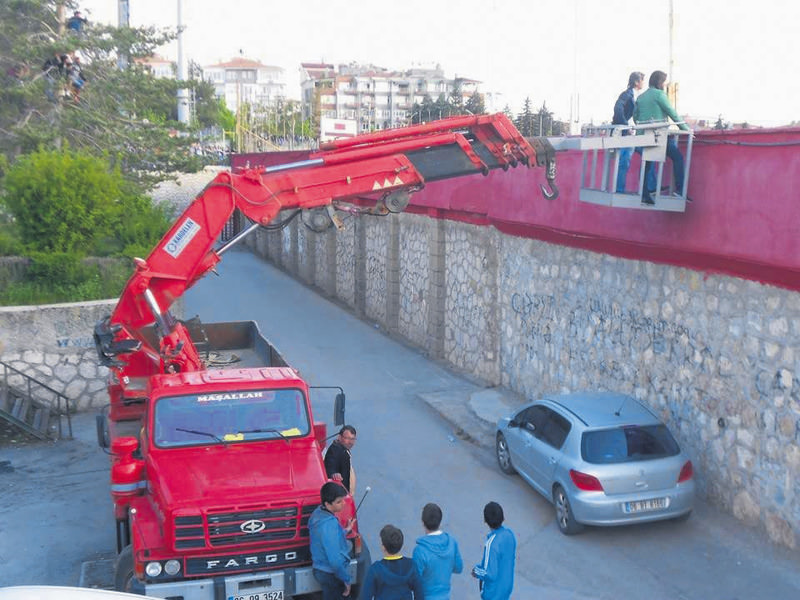 by Daily Sabah May 17, 2015 12:00 am
Hamit Işık and Fatih Özcan, the football manager and manager of financial affairs, respectively, of the Turkish third division football team Çorum Belediyespor, brought a crane to hike themselves over the stadium wall to watch their team's playoff game, defying their stadium ban from their team's games.

A 285-day stadium ban was given to Işık by the Professional Soccer Discipline Committee (PFDK) due to his insulting of and behaviors toward referees when one of his players was sent-off during a game against Darıca Gençlerbirliği two weeks ago. The team also received a stadium ban after the match because of supporters' abusive chants.

A platform was also constructed for ousted fans that watched the game outside on a screen and continued to support their team.