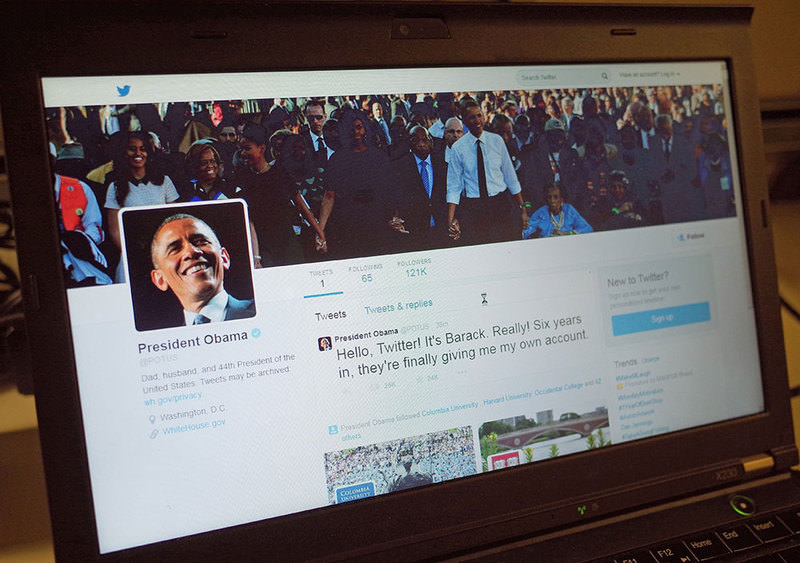 President Barack Obama sent his first tweet from his very own account on Twitter on Monday, quickly amassing tens of thousands of followers in the latest of many White House efforts to amplify his message with social media.

"Hello, Twitter! It's Barack. Really! Six years in, they're finally giving me my own account," Obama tweeted from his verified @POTUS account, which had more than 217,000 followers in its first 45 minutes.

His Twitter page featured an image of Obama, his family and civil rights leaders crossing Edmund Pettus Bridge in Selma, Alabama, on the 50th anniversary of the Bloody Sunday march earlier this year.

He described himself as "Dad, husband, and 44th President of the United States" and followed his alma maters, his beloved Chicago sports teams, cabinet members, government departments, and key members of the army of White House staff who tweet.

Obama also followed former presidents George H. W. Bush and Bill Clinton, but is not following @HillaryClinton, his former Secretary of State who is considered the frontrunner for the Democratic race for 2016.

It's not the first time Obama has tweeted. He has occasionally signed tweets from the @WhiteHouse account with his initials, "-bo" and also has used @BarackObama, which is an account run by Organizing for Action, Obama's former campaign team.

The @POTUS account will be "a new way for President Obama to engage directly with the American people, with tweets coming exclusively from him," said Alex Wall, a social media strategist with the White House, in a blog post.

And when his time in office is done, @POTUS will be passed on to future presidents, Wall said in a tweet.