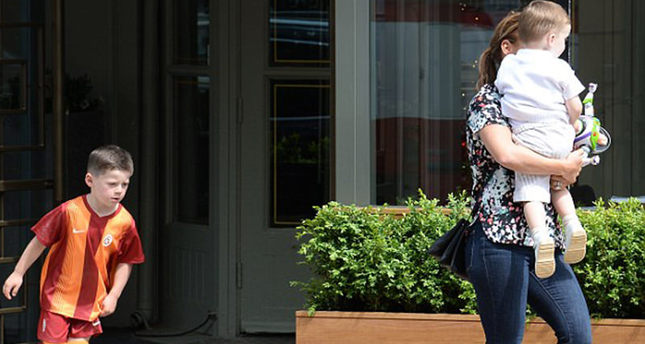 Five-year old Kai Rooney chose to wear the full red and yellow Galatasaray gear to his little brother's second birthday lunch and the Manchester United Player of the Year Awards.

Wearing the full gear, Kai surprised and won the hearts of Galatasaray fans.

But this is not the first time the Lions shirt has been spotted in unlikely places. Last month, Pierre Sarkozy had been seen in the streets of France heading out to an interview with France 2 TV supporting Galatasaray player Sneijder's number 14 uniform.

The Lions currently rank first in the Turkish Süper Lig (Super League) and on course towards winning the league title for the 20th time.