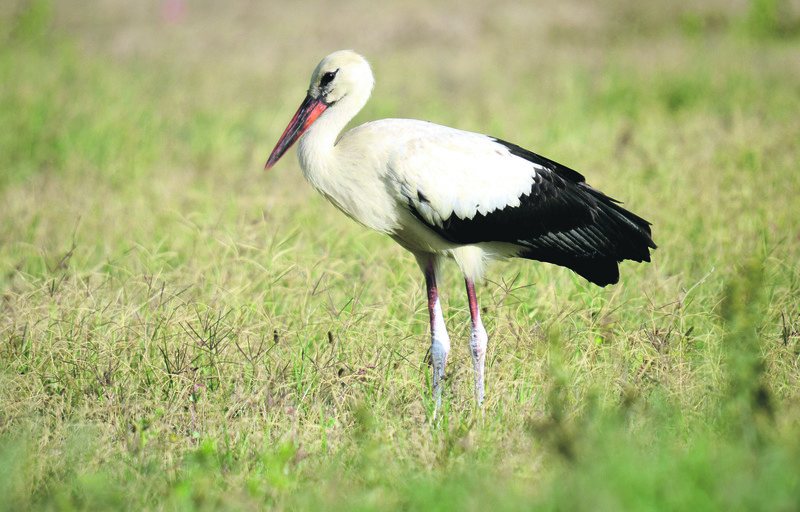 by Daily Sabah May 26, 2015 12:00 am
Bursa's Karacabey Municipality continues to promote Bursa's cultural richness, particularly with the 11th annual Stork Festival, which will run May 30-31. The municipality aims to create a tremendous impression with this year's festival - the only such one held in Turkey.

The preparations for the Stork Festival continue in the village of Karacabey's Eskikarağaç thanks to the work of Karacabey Municipality Mayor Ali Özkan. The newest edition of the festival is expected to yield even more successful results in terms of promoting the district's tourism potential. The Stork Festival, which was previously known as the Stork Festivities, used to be held by other municipalities and did attract many people. However, with the decisive stance of Özkan, the festivities were converted into a festival and held for the first time by the Karacabey Municipality last year and were praised around the world.

As a part of the 11th Stork Festival in Eskikarağaç, Özkan inspected the village that will host the festival events, which is known as "Stork Village" in Europe. As the preparations come to a close, the new stork nests prepared by municipality officials have been hung. Özkan said the only stork festival in Turkey promotes tourism. He also expressed his belief that this year's festival will operate more efficiently and be more enthusiastic compared to those of previous years. Özkan emphasized that the region around Eskikarağaç has not been able to claim its share of tourism, but stressed that the government has been doing everything it can to develop Karacabey in every field since coming to power. He added that they are working so the festival goes off without a hitch. "Eskikarağaç will be the shining star of Ulubat," Özkan said, adding that he believes the region will claim its rightful place in the tourism sector in the future. In a statement, Özkan said: "Before the official opening of the festival, the municipality will organize academic workshops and bird observation events. Our aim is to protect the natural beauty of the region, improve the conditions of the villagers in the region and create the proper environment for Karacabey's nature lovers. We are rewarding locals who are protecting the stork nests in the region. We have meticulously planned each event, including the volume of the music that will be played during the festivities, according to what is best for the storks. The birds will not be uncomfortable during the festival, especially because of the music."

Özkan commended the district's residents for working hard to initiate important projects for the good of the district and region. "The pier that we are planning to build in Eskikarağaç will provide entertainment and recreation to locals and tourists as well as offer a visual feast," he said, adding that they also plan to build social and cultural facilities and a walking trail to shed light on the natural beauty of the district. "We invite all our people to the 11th Stork Festival on May 30 and May 31," he said.
RELATED TOPICS