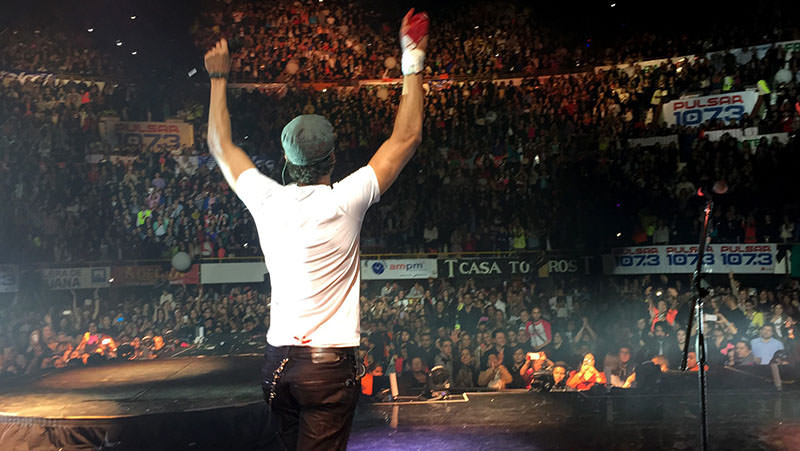 nrique Iglesias performing on stage after suffering an accident with a drone on his right hand, during a concert in Tijuana, Mexico, 30 May 2015 (EPA Photo)
by Jun 01, 2015 12:00 am
Pop star Enrique Iglesias is being treated by a doctor in Los Angeles Sunday after cutting his hand on a drone used in his show in nearby Tijuana, Mexico, his representative told AFP.

The Grammy-winning singer, 40, was performing in front of thousands of fans in the northwestern Mexican city late Saturday when he tried to grab the camera-equipped drone -- something he frequently does as part of his show -- to give fans a closer look at what is happening on stage.

But the fun took a painful turn when he grabbed the wrong part of the aerial vehicle, slicing open several fingers on his right hand and ended up cutting short his show with his hand wrapped up in a bloody T-shirt.

The Spanish-born. Miami-based star, on his "Sex and Love" tour, "was transferred to Los Angeles to be treated by a specialist," his representative Joe Bonilla said in a statement.
Last Update: Jun 01, 2015 7:05 pm
RELATED TOPICS