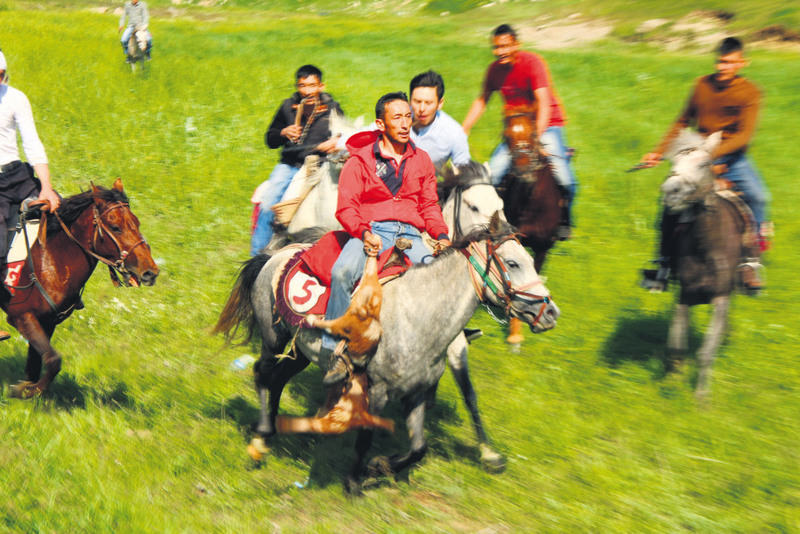 by Daily Sabah Jun 02, 2015 12:00 am
The Ulupamir Festival, which was held on Sunday by Kyrgyz descendants who migrated to Van from the Pamir Plateau of Afghanistan in 1982, attracted much interest from locals.

Organized by the Kırgız Türkleri Kültür ve Yardımlaşma Derneği (Kyrgyz Turks Charity and Solidarity Foundation), and supported by the Bir Dünya Photography, Travel, Culture and Tourism Association (BİDFOD) and Bitlis Eren University (BEÜ), the festival kicked off with a horse-riding event in the village square and both the Turkish and Kyrgyz national anthems were sung.