Chinese products on display at fair in Istanbul 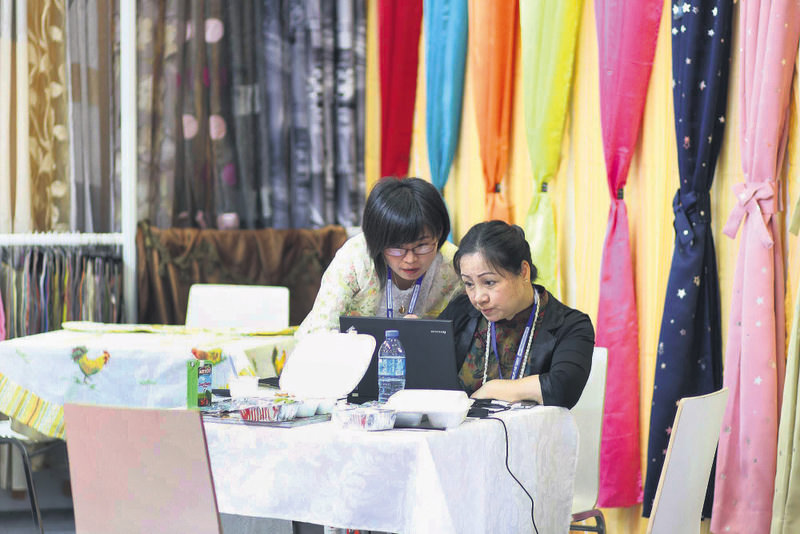 Enjoying the fame they have received in the construction sector from around the world, Chinese companies and brands such as Fangda, which installed the exterior coating of well-known buildings including Dubai's Twin Towers, the Doha International Airport and Emirates Park Tower Hotel, intend to enter the Turkish market at this fair.

The fair introduces 50,000 different products. China Homelife Turkey's opening ceremony was overseen by Istanbul Governor Vasip Şahin, the deputy president of the Foreign Economic Relations Board (DEİK) Turkey-China Business Council executive committee, Yavuz Onay, the president of the Turkish and Chinese Businessmen Friendship and Cooperation Foundation (TÜÇİAD), Kemal Koçak, the chairman of the Merter Industrialist and Businessmen Foundation (MESİAD), Yusuf Geçü, the project director of the Prime Ministry Investment Support and Promotion Agency, Ahmet Sami Yavuz, the deputy secretary of the Shanghai Municipal Commission, Xu Wenjie, the economic and commercial counselor of the Chinese Embassy in Turkey, Zhu Guangyao, the commercial counselor of the Consulate General of China in Istanbul, Huang Songfeng, and the deputy mayor of the Hangzhou Municipality, Xie Shuangcheng.

Aiming to promote Chinese products in global markets and encourage world trade, the China Homelife Fair series took place in Turkey for the second time after previously being held in Brazil, the United Arab Emirates (Dubai), Kazakhstan, Egypt, Poland, India and Jordan. The Chinese government covers all expenses of the fair, and considering Turkey's geopolitical position, the fair is significant for both countries.

In the last 20 years, China has become the center of production around the world due to its raw materials and cost-effective, quality products at all levels. For the last two years, China Homelife Fair has drawn scores of visitors as well.

The Chinese Government initiated a $2.1 trillion investment project called the "Silk Road Economic Zone: One Belt, One Road" covering 65 countries. Turkey is one of the most important pillars of this project. On June 3, the fair hosted a panel focusing on the Turkish and Chinese economies featuring Chinese and Turkish nongovernmental organizations (NGOs) and public and private sector representatives, including Şahin who delivered the panel's opening speech. During the panel, Turkey was highlighted as the meeting point between Asia and Europe. To improve investments in Istanbul, a memorandum of understanding (MoU) was signed between the Istanbul Development Agency and the Hangzou Municipality. Shuangcheng, his delegates and the Shanghai Municipality Trade Commission represented by Shanghai Mayor Yang Xiong were among the panelists.

Aiming to improving commercial relations between China and Turkey, China Homelife Fair is the official platform of the Silk Road Economic Zone Project initiated to develop China's sea trade, and intends to reach 63 percent of the world. Şahin extended his delight for the organization of the panel as part of China's "One Belt, One Road" strategy and thanked all the stakeholders in attendance from different regions of China and Turkey, including investors, NGOs and public and private sector representatives. He stressed that China is the second-biggest world economy as well as the largest exporter and fastest-growing economy today. "China gradually extends its influence over world countries with its prospering population and is becoming more important around the globe," Şahin said.

From the 1980s to the present, China grew by around 10.2 percent. The country enjoys more than $10 trillion in national income and has the world's biggest dollar reserve with $3.2 trillion. "On the other side of the continent, Turkey merges European standards and Asia's dynamism. Not only in terms of geographic aspects, but also in terms of entrepreneurship, productivity, finance, culture and prosperity, Turkey is the closest European country to China," Şahin said.

Last year, the trade volume between Turkey and China was $27.7 billion. "China has become Turkey's most significant trade partner. Both countries want to improve trade activities," he said. However, Şahin criticized the imbalance between the two countries' trade relations. "The foreign trade deficit and the one-to-nine ratio of imbalance are two important issues that Turkey needs to address," he said. Turkey's exports to China were $2.8 billion last year, while the imports from China were around $24.9 billion. "To avoid this imbalance, Chinese companies are invited to make direct investments into our country. Turkey believes that the cooperation between Turkish and Chinese companies will trigger better economic relations," Şahin stressed.
Last Update: Jun 05, 2015 1:11 am
RELATED TOPICS