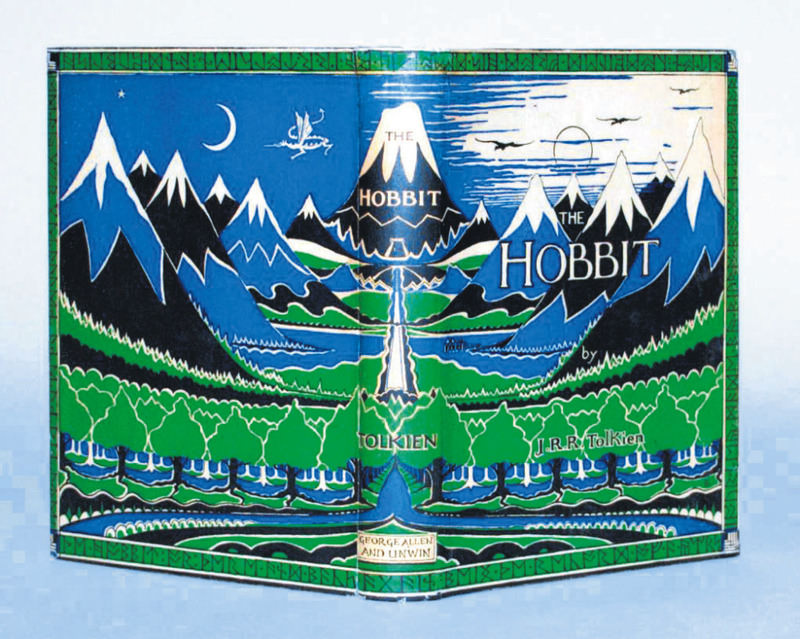 by Daily Sabah Jun 06, 2015 12:00 am
A first edition of J.R.R. Tolkien's 1937 fantasy novel "The Hobbit" was sold at Sotheby's auction in London for $209,670. Tolkien gave the book with an inscription in Elvish – a major language of the book's universe that he constructed – to Katherine "Kitty" Killbride, one of his students at the University of Leeds. The book was expected to be sold for $107,131. The buyer is reportedly an anonymous collector.

In 2008, another edition of the book fetched for $91,826. Tolkien's famous book tells the story of Bilbo Baggins, a hobbit living in the Shire of the fictional Middle Earth, who embarks on a journey to save the city of Erebor from the dragon Smaug with 13 dwarves and the wizard Gandalf. Tolkien tells the story of the One Ring that is found by Bilbo while confronting Gollum in the Goblin-made tunnels stretching through the Misty Mountains as a prequel to "The Lord of the Rings" epic series, which was translated into Turkish as "Yüzüklerin Efendisi."

"The Hobbit" was adapted to the big screen by "The Lord of the Rings" trilogy director Peter Jackson. "The Hobbit" trilogy's first film, "An Unexpected Journey," was released in 2012 followed by the "The Desolation of Smaug" in 2013 and "The Battle of the Five Armies" in 2014.
Last Update: Jun 06, 2015 1:54 am
RELATED TOPICS