British model Kate Moss escorted off flight for being disruptive 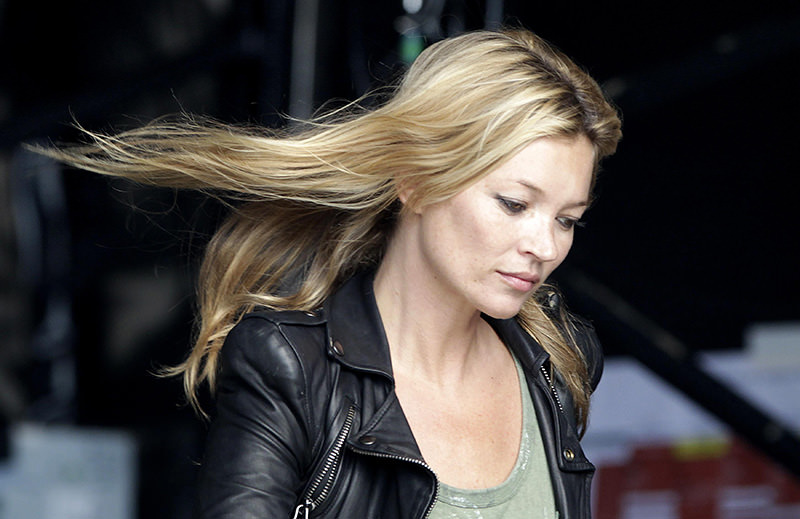 | Reuters Photo
by Daily Sabah with AFP Jun 08, 2015 12:00 am
British supermodel Kate Moss has been escorted off a plane for allegedly being "disruptive" while traveling from Turkey to London, the BBC reported.

Without confirming the person's identity, police said they had assisted staff in escorting a passenger from a flight because "the passenger had been reported as being disruptive."

"Officers attended and escorted the passenger from the plane," a Bedfordshire Police spokesman said. "No formal complaints were made against her and she was not arrested."

The easyJet flight arrived in London's Luton Airport from Bodrum in Turkey on Sunday afternoon.

A spokeswoman for easyJet confirmed police had met the flight when it arrived "due to the behavior of a passenger on board".

Moss, 41, became one of the world's most recognisable models after her discovery as a teenager, becoming a regular on the cover of Vogue magazine and posing for brands such as Calvin Klein and Chanel.
Last Update: Jun 08, 2015 12:25 pm
RELATED TOPICS