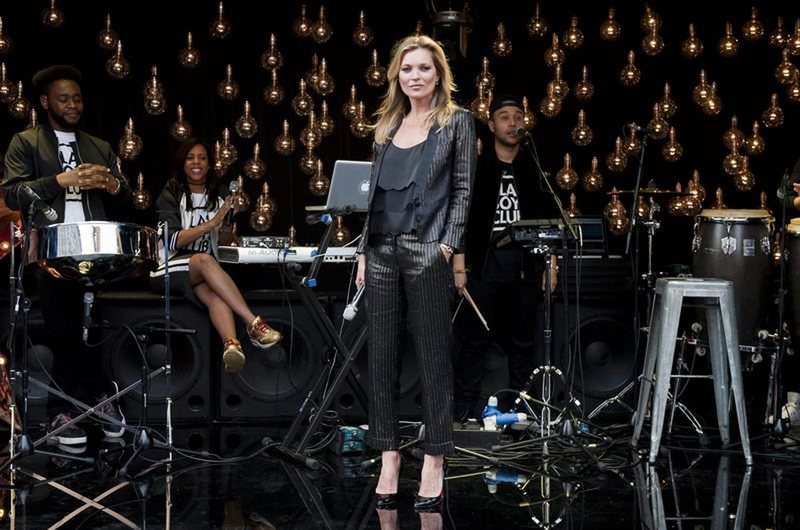 by Daily Sabah Jun 12, 2015 12:00 am
As the summer season reopens in Turkey's top touristic destinations, British top model Kate Moss has become one of the earliest victims of upscale beach clubs located in Bodrum's Göltürkbükü area, as she was asked to pay a 2,300 euro bill for a meal for four.

Moss was reportedly infuriated after receiving a bill of 2,300 euros at a beach club where she was attending for a friend's birthday on June 1. The bill came as a surprise for Moss who had ordered a meal for four in Turkey's tourist haven town of Bodrum.

Moss reportedly stated to the beach club staff that she could easily dine even in Paris and Mykonos for just a quarter of the price. Moss refused to pay the bill that consisted of wine, pide (Turkish pizza) and salad.

It was claimed that Moss started to argue with the waiters and customers who tried to warn her to be quiet and afterwards tried to throw her water glass at the neighboring table. Reportedly, three people made a complaint about her but due to the intervention of the beach club owners, no need was left to call the gendarmerie.

After the incident Moss cut her holiday short and returned to London four days earlier than planned. On her flight back home, the British supermodel was escorted off the plane from Turkey to London on June 8 for allegedly being "disruptive".

Moss, 41, became one of the world's most recognizable models after her discovery as a teenager, becoming a regular on the cover of Vogue magazine and posing for brands such as Calvin Klein and Chanel.