Pink taxis promise ride without fear of abuse in Egypt 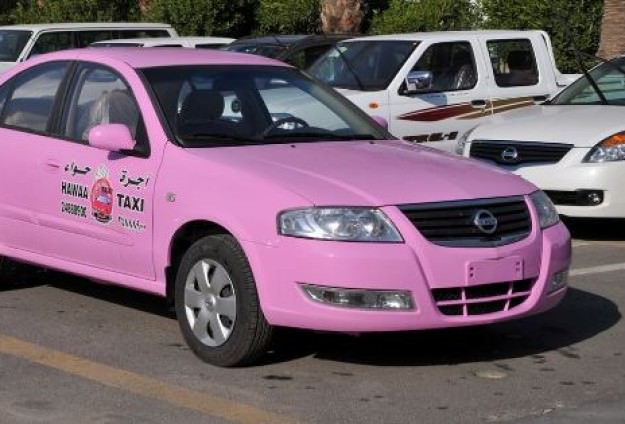 by Anadolu Agency Jun 21, 2015 12:00 am
Dina, a housewife who lives in Cairo, said she often shies away from taking public transportation or taxis driven by men to avoid potential sexual harassment. But a new cab service catering exclusively to female passengers is making the mother of two young children excited. Pink taxis, which are expected to hit the streets of Cairo soon, will provide transportation services for women by women. "This is a brilliant idea," she said. "The pink taxis will help me go out without fear, especially since my husband isn't always available to drive me."

According to a U.N. report issued in 2013, 99.3 percent of women in Egypt say they have been subject to sexual harassment. The same report found that 91.5 percent had experienced "unwelcome physical contact."

Advocates of the idea say the taxis will help shield women against possible harassment and sexual assault. Critics, however, say the new service will reinforce gender segregation in Egyptian society. "The idea emerged after numerous women demanded women-only cabs," Amira Amir, the mastermind behind the project, said. She added that the new cabs are glossy pink and are relatively affordable. They are also equipped with GPS devices, allowing customers to locate the nearest taxi.

Cairo-based researcher Mariam Gamal expects the pink taxi service to thrive in Egypt's relatively conservative society. "It's an excellent idea, especially since many girls and women are looking for taxis in which they can feel safe," she said. Gamal, who is currently working on a book about Egyptian taxi drivers, has called for creating a database of female drivers of the new pink taxis "in order to make things safer for women."

Egypt has recently witnessed a surge in sexual harassment incidents against women, especially following the ouster of former President Hosni Mubarak in a popular uprising that erupted in 2011.

Last year, a female supporter of Egyptian President Abdel-Fattah el-Sissi was stripped, groped and dragged by a mob through Cairo's iconic Tahrir Square during Sissi's inauguration.