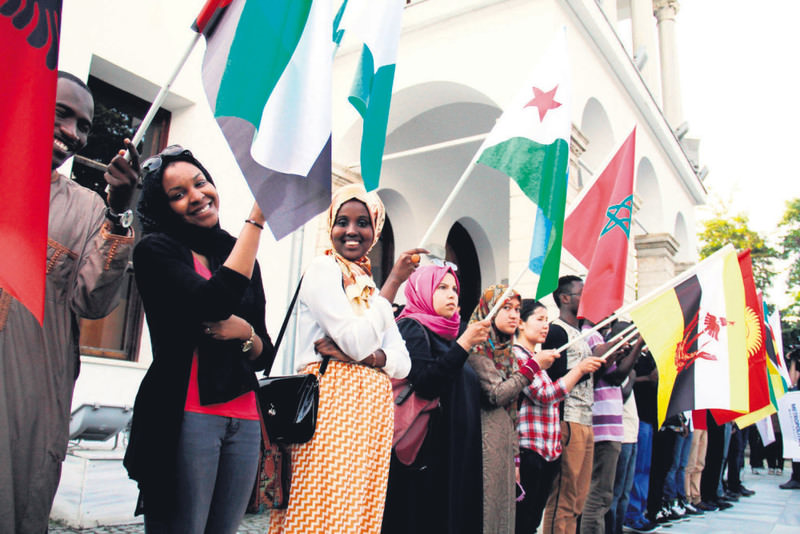 The opening ceremony was held yesterday with the attendance of several diplomats, representatives of international associations, youth establishments and youth holding the flags of the 56 member countries of the Organization of Islamic Cooperation

The Organization of Islamic Cooperation (OIC) has blazed a trail for its youth strategy for the first time in its history. Upon the proposal of the Islamic Conference Youth Forum for Dialogue and Cooperation (ICYFDC), which is the only establishment that represents the OIC in the region, the Islamic world youth capital project has come to life. Istanbul was chosen as the first "Islamic World Youth Capital" for one year with the co-decision of 56 countries on May 28. The program, which was approved by the representatives of the all parties in the Istanbul Metropolitan Municipality (İBB) City Council and implemented with the contributions of the Youth and Sports Ministry, was launched with a symbolic presentation of Istanbul's city key at White Mansion in Emirgan Park. Guests, including several diplomats and representatives of international associations and youth establishments, were welcomed by young people holding the flags of the 56 member countries of the OIC. 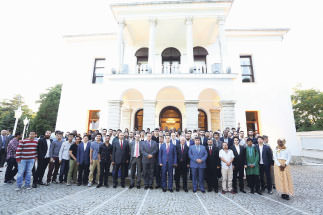 During the ceremony, İBB Acting Mayor Ahmet Selamet presented the symbolical key of Istanbul to the young people. Following the key presentation, Selamet, along with Deputy Youth and Sports Minister Metin Yılmaz and Istanbul Governor Vasip Şahin were offered capital governorship certificates. The night continued with an iftar dinner organized in honor of the OIC Youth Capital project.The "Istanbul Islamic World Youth Capital" program aims to promote Istanbul, which shelters Ottoman culture and heritage, and bring the city to the forefront of intercultural dialogue as well as present Istanbul's vision internationally. The project's main events will include: "In Search of the Lost Science" (an international TV program); "The Young Voices of Recitation" (a Quranic recitation competition); "The City of Civilizations: Istanbul" (a short film festival); a peace symposium and workshops regarding the international fight against radicalism and Islamophobia; international youth sports tournaments; Ottoman calligraphy workshops and calligraphist shows; "Youth Capital Concerts" (Islamic music concerts); "Istanbul Through the Lenses of the Youth" (a photography competition); "Our Route: The Ottomans" (Ottoman cultural heritage tours) and "OIC's Young Designers" (traditional fashion festival). 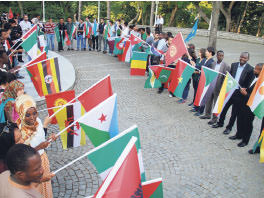 Additionally, two important articles of the OIC's youth strategy will be realized in Istanbul. The first encompasses the organization of the first OIC Youth Summit before the OIC Summit in 2016. The second is the OIC's announcement of the "10 Objectives for 10 Years – Istanbul Youth Declaration" by the ICYFDC, which urges world leaders, international decision-making bodies and all stakeholders to take action to realize the objectives concerning Muslim youth development in different fields, from education and health to unemployment and socio-cultural development.

ICYFDC President Elşad İskandarov said in his speech that it is important to invest in youth for a strong future for Islamic countries, especially when many regions are experiencing hard times. He also said youth development will circumvent radicalism in the region. "The Youth Strategy is of great importance to foster solidarity in the Islamic world and live in harmony. All stakeholders should contribute to realize this project in an efficient way," he said. Culture and Tourism Minister Ömer Çelik celebrated the project with a written statement: "I believe that the selection of Istanbul as the Islamic World Youth Capital will bring the city to the forefront among Islamic countries. The city bears a common history and cultural heritage to the wider Islamic world and shares common values held by all Muslims."
Last Update: Jun 24, 2015 8:05 pm
RELATED TOPICS