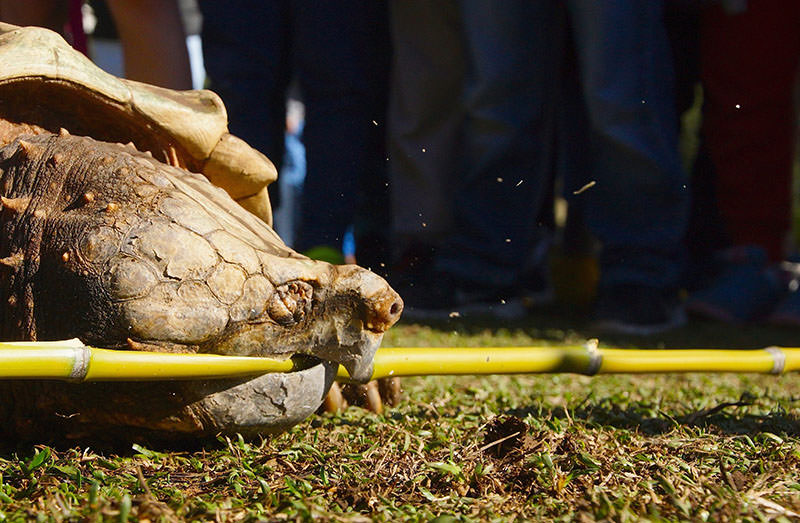 Leonardo, an alligator snapping turtle weighing 45 kilos, demonstrated his jaw-dropping strength by snapping a piece of bamboo at the Australian Reptile Park in Gosford, NSW 2 July 2015 (EPA Photo)
by Jul 04, 2015 12:00 am
A man was killed Friday after being attacked by an alligator while he was swimming in a bayou south-eastern Texas, news reports said.

The 28-year-old man ignored warning signs posted along the edge of the water, the reports said. He was attacked immediately after jumping into the water, said KFDM television in Beaumont, Texas, quoting eye-witnesses.

A female companion who had gone swimming with him tried to pull the screaming man out of the water. She was uninjured.

Police found his body two hours after the attack, said the police in nearby Orange, a town near the state line with Louisiana.

An expert quoted by the television station said attacks by alligators on humans are seldom in Texas.

The attack comes one day after authorities on the US East Coast reported a seventh shark attack within a month. They have urged swimmers to exercise due caution.
Last Update: Jul 04, 2015 12:46 pm
RELATED TOPICS