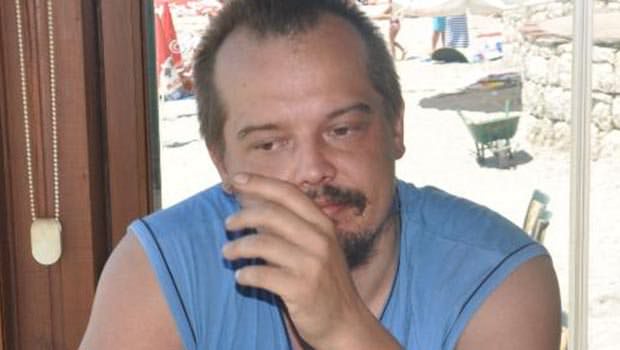 by Daily Sabah Jul 09, 2015 12:00 am
Have taken part in many successful films and TV series in recent years, the famous Turkish actor Arda Kural now lives on a sun lounger at Büyükçekmece Beach in Istanbul due to his psychological illness and financial problems. Not being able to pay his rent because of his financial problems, the famous actor nicknamed "Turkish Di Caprio" was evicted from his house. It was then seen that the actor's physical and psychological condition was declining. In dirty clothes and wounded feet, Kural struggles for his life on a sun lounger at the beach with a blanket that he took along with him. Kural said, "I don't have a house anymore. That is why I will live at this cafe where I can see the lovely people of Büyükçekmece. Not just this place, but also everywhere is my house. Büyükçekmece is full of sun loungers. I sleep here but I sleep happily." Adding that his acting career was temporary, Kural stressed, "I was not thinking of acting all the time. I appeared on TV for a while because of curiosity. Then, my curiosity faded away. I did not consider acting as a job. I only appeared on TV and was known by people."

Kural said his cousins and aunt are also living in Büyükçekmece, and that they always wanted to settle in Büyükçekmece. According to the former actor, everyone knows one another in the neighborhood, as it is not a big place and people know about your occupation. He said, "There is a nice atmosphere here. It is like a small village. On the contrary, Istanbul is too big; you experience difficulty and loneliness." Regarding the claims that he has schizophrenia, Kural said, "I went through a psychological problem. I am still in the recovery process and getting rest. I also visit the hospital. Thank you for coming here to see me. I am very happy and cheerful. Everything is just fine."
Last Update: Jul 09, 2015 8:25 pm
RELATED TOPICS