Houses inspired by 'The Hobbit' to be established in Sivas 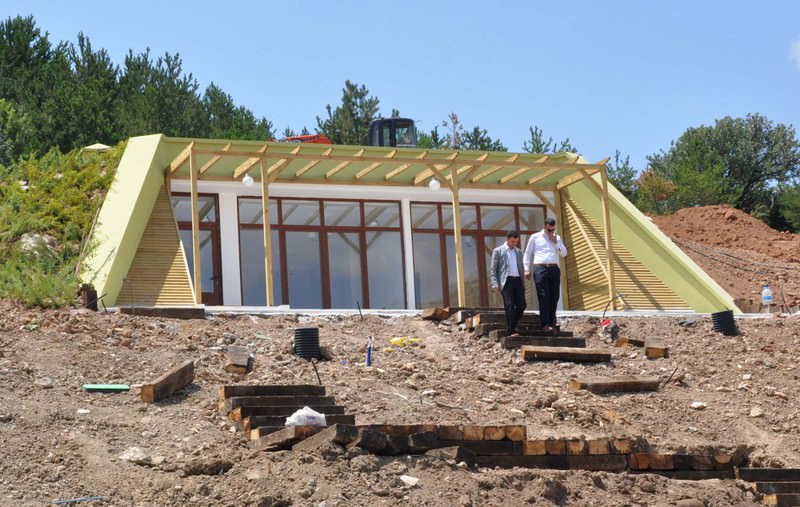 by Daily Sabah Jul 12, 2015 12:00 am
Inspired by the houses that are carved in hills where Hobbits live in the acclaimed film series "The Lord of The Rings," the Sivas Municipality has built "Hobbit Houses" in the Paşabahçe Picnic Area, which is located five kilometers from the city center. Hillside houses attract a great deal of attention despite being still under construction. The houses are being built over 65 square meters and feature a bedroom, a living room, bathroom and kitchen. The municipality, which is building two Hobbit houses in the picnic area, aims to increase the number of the houses to 100 in the near future. Mayor of the Sivas Municipality Sami Aydın said that they will establish a Hobbit village, similar to the one in the films and they will introduce this area to nature tourism.

Saying that they are constructing different versions of the houses, which are called "hobbit houses" in the film series, Aydın continued, "The houses will be carved into the mountain and only the front terraces of them will have a valley view. The houses will feature a bedroom and a living room. People will be able to book these houses for a week or ten days." He said that the hobbit village is planned as an apartment hotel. "We initiated this project in order to put the valley to good use and establish a new tourism area both for Sivas and Turkey," the mayor said.

Aydın said there are no restrictions on the number of the houses that they can build in the area and added, "We carve the houses inside the mountain without spoiling the nature. The number of houses will increase to 100 in the future. We will use areas that are suitable for the construction of hobbit houses when the time comes. The construction will continue next year."
Last Update: Jul 13, 2015 12:44 am
RELATED TOPICS