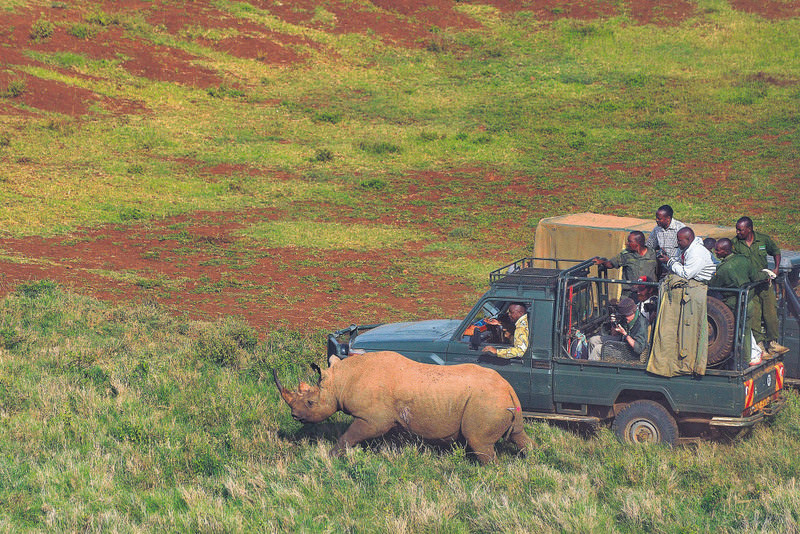 by Anadolu Agency Jul 20, 2015 12:00 am
South Sudan's wildlife has been forced to relocate to neighboring countries due to rampant poaching and their habitats being used as battlegrounds during the ongoing crisis.

Many animals flee their homes for safety in neighboring countries, as their habitats have become the epicenter for fierce clashes between warring factions, Maj. Gen. Philip Chol Majak, director general of the country's wildlife service, told Anadolu Agency (AA) in an interview in Juba, the South Sudanese capital. Other animals have been poached or trafficked for food and money, he added.

South Sudan, which became independent from Sudan in 2011, has been shaken by violence since late 2013, when President Salva Kiir Mayardit accused Riek Machar, his sacked vice-president, of leading a failed coup attempt against his regime. Tens of thousands have been killed in subsequent violence, with some 2 million people uprooted from their homes and 2.5 million at risk of starvation, according to U.N. estimates.

Several months of on-again, off-again peace talks in Addis Ababa, Ethiopia, have failed to produce any breakthroughs between Kiir and Machar.

With spacious virgin forest and vegetation, South Sudan is home to thousands of prized wildlife, including endangered pangolins, African elephants, white-eared kob and tiang – both types of antelope – and mongalla gazelle. It has six national parks spread across its regions as well.

Majak said there were around 1,000 rhinos before the crisis. "The rhinos are finished," he lamented. "Teams sent to Shambe failed to find any, only footprints. Some are going to the Democratic Republic of Congo and Ethiopia as a result of shooting and poaching."Between January and March 2015, 15 cases of poaching involving high ranking military officials were discovered. The suspects were apprehended. On June 8, two South Sudanese men were also arrested at Juba International Airport for trying to smuggle rhino horns to Asia.

"The legal affairs department is completely bogged down. Cases of wildlife are not being pursued and people are just being released," he said. "We came up with a proposal that wildlife should have a special court. There was resistance from the Ministry of Legal Affairs."

The wildlife department's contribution to the national coffers has also decreased during the crisis, the director general said. "Not less than $40 million was being earned annually in the old Sudan," Majak said. "But after the signing of the Comprehensive Peace Agreement, South Sudan has not seen any rest. Border crises came, rebellions … Last year, we found that we earned $180,000 from 2012 to 2014," Majak said.

According to Michael Lopidia, deputy director of the Wildlife Conservation Society in South Sudan, the rhinos were "wiped out by poachers." He said that not a single rhino was spotted in surveys conducted across the country. "They were there before the war, but now we have not seen a single rhino," Lopidia told AA. "We believe they were all wiped out by poachers." Zebras and giraffes are other endangered species in the country, he added.
Last Update: Jul 20, 2015 11:06 pm
RELATED TOPICS