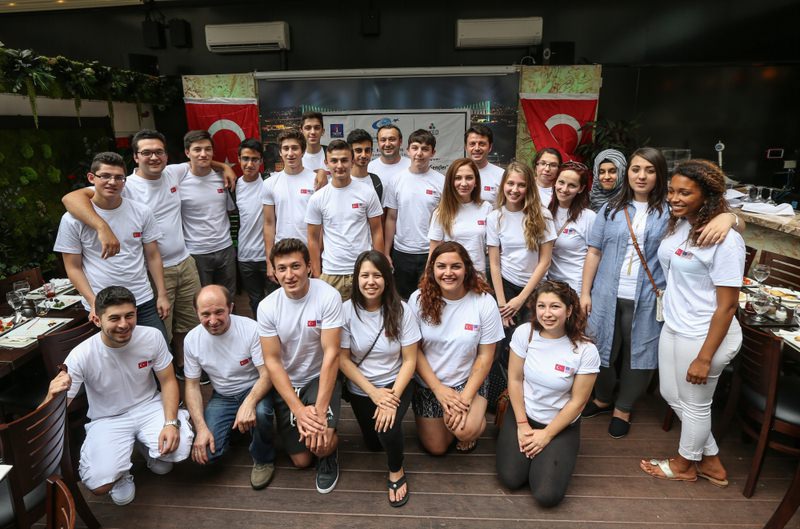 by Daily Sabah Jul 23, 2015 12:00 am
Thirty Turkish students living in the U.S. will visit Turkey as part of the "Kültürünü Yaşatan Şehirler, Kültürünü Yaşayan Gençler" (Cities Keeping Their Culture Alive and their Youth Satisfied) project supported by the Presidency for Turks Abroad and Related Communities (YTB). Sponsored by the YTB, the Turkish American Youth and Education Association (TAYEF) and the Amasya Culture and Education Association, the project will offer the opportunity for 30 young people between the ages of 18 and 22 to visit historical sites, including Amasya, Samsun, Tokat, Ankara, Istanbul and Çanakkale, until July 31.

Speaking during a launch meeting where group members met each other, TAYEF President Ayhan Özmekik said the program targets Turkish youth born and raised in the U.S. and wants them to foster awareness of their own history. Most of the invited youth do not speak Turkish well and have visited Turkey at least five years ago. "There are hundreds of Turkish youth. Each year, we want to introduce such programs. I hope they will contribute to the promotion of Turkish culture in the future," he said. One of the participants, Tuğba Hakkıdır, said she visited Turkey nine years ago. "I will see my homeland once more and learn more about it. It is exciting to see the Turkish people," she said. Asena Johnson, who studies political science and international relations at Salisbury University in Maryland, said the program is a great chance for Turkish youth who have not traveled to Turkey for quite a long time.
RELATED TOPICS