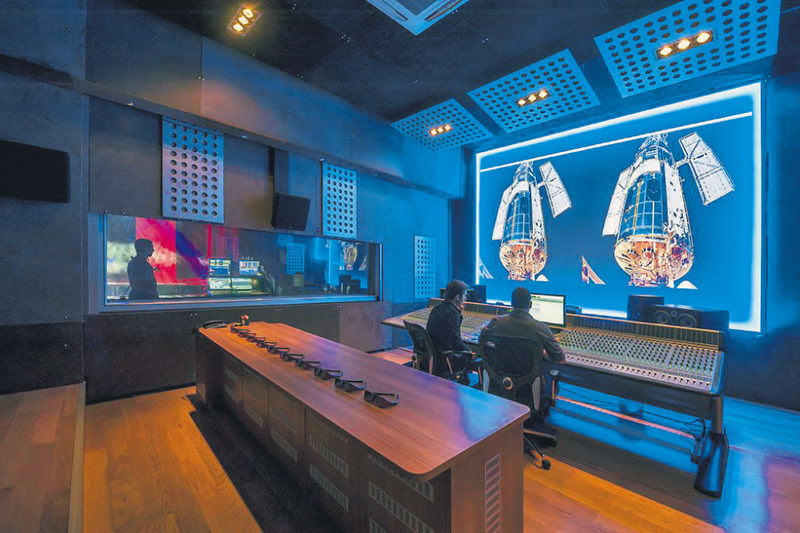 by Daily Sabah Jul 23, 2015 12:00 am
As part of the Istanbul Media Academy's joint project with the New York Film Academy, six people will be offered full scholarships in acting, producing and TV journalism for an entire month in the U.S.

In his statement to Anadolu Agency (AA), Istanbul Media Academy Chairman Ogün Şanlıer explained the Istanbul Media Academy is an educational institution that offers students a professional experience by introducing them to wide application areas while educating them on the media's creative and technical aspects. He said the institution, which provides consultancy services for production as well as studio and technical opportunities while producing content for TV, aims to educate "the elite media workers of the future."

The academy previously offered film production education with a project co-organized with the New York Film Academy. This time, the Istanbul Media Academy will provide full scholarships for six Turkish students to receive media education in the U.S. Şanlıer said all expenses of the students, including transportation, accommodation and educational fees, will be covered by the academy. He highlighted that their only expectation from the students is for them to focus intensely on the educational program and to be motivated.

Saying that the Istanbul Media Academy's only objective with this project is to discover talented people and offer them a dynamic and fruitful education, Şanlıer said that they will remain in touch with the participants after the program concludes and help them ascertain new job opportunities. He also said the participants will come together with media pioneers to discuss the program and their future career plans.Third- and fourth-year university students as well as undergraduates and masters students who are interested in cinema and the media industry who want to improve themselves can apply to the program until July 30 at: http://www.medyaakademisi.com.tr/news/duyurular/nyc/. The interviews will take place between Aug. 1 and Aug. 5, and the results will be announced on Aug. 9 on the academy's official website. Those considering applying must have a B2 level knowledge of English, must not have any obstacles to traveling abroad, be open to learning new things and accept the rules that are set by the project's administration. Six people who pass the interviews will receive lessons on acting, producing and TV journalism in the U.S. The educational program will commence in September.
Last Update: Jul 23, 2015 10:37 pm
RELATED TOPICS