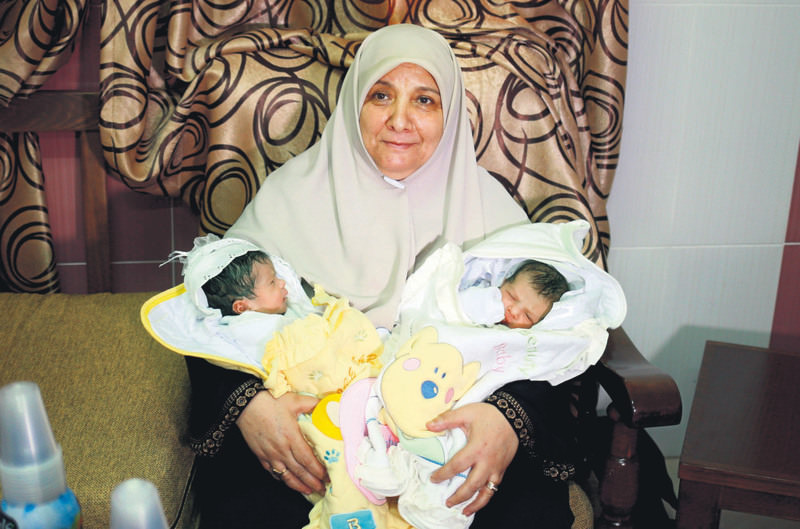 Al-Sokani's wife, Huwayda, used sperm smuggled from her husband, who is 13 years into a 27-year sentence in an Israeli prison, to become pregnant through in vitro-fertilization. According to Abdullah Qandil, a spokesman for the Waed Captive and Liberators Society, a Palestinian nongovernmental organization (NGO), some 50 children have been born this way – 10 of them in the Gaza Strip and 40 in the West Bank.

According to Huwayda, the birth of Motaz and Siwar represents a "message of victory" from all Palestinian detainees languishing in Israeli prisons.

Several Palestinian Muslim scholars – including Ikrima Sabri, a former grand mufti of Palestine, and Sheikh Hamid al-Bitawi, a former head of the Palestinian Scholar's League who died in 2012 – have issued legal opinions (fatwas) allowing wives to be inseminated by sperm smuggled from their incarcerated husbands serving out lengthy jail terms in Israel.

Muhannad al-Zein was the first child to be born this way. His mother delivered a baby using sperm smuggled from her husband, Ammar al-Zein, a longtime detainee from the West Bank. When asked how exactly sperm is smuggled out of Israeli jails, sources spoken to for this article refrained from answering due to security reasons.

According to a recent study conducted by the Prisoner's Center for Studies, a Palestinian NGO, some 7,000 Palestinians are currently being held in jails throughout the self-proclaimed Jewish state, including 476 serving out single or multiple life sentences.
Last Update: Jul 23, 2015 10:37 pm
RELATED TOPICS