Classic cars to be seats for ‘Casablanca' screening 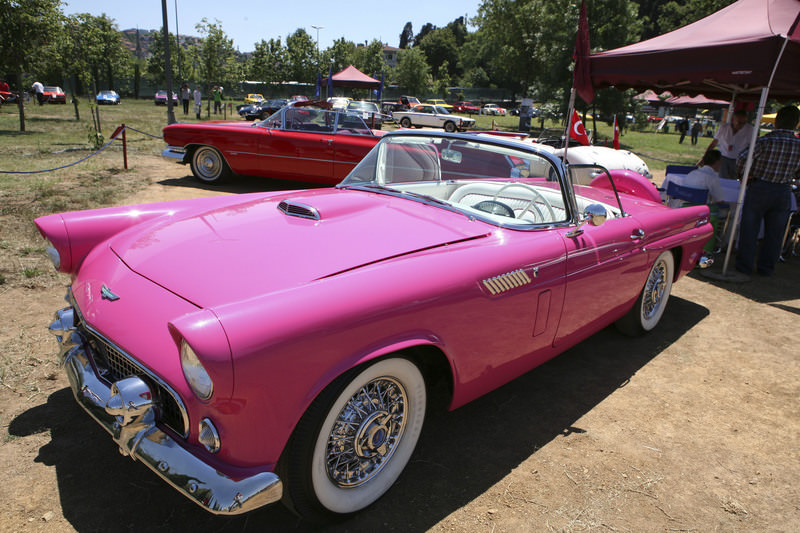 by Anadolu Agency Jul 24, 2015 12:00 am
The Istanbul Classic Automobile Owners Association (İKOD) will organize a special event on July 25 at Cemile Sultan Grove. Participants of the event will get the chance to watch the 1942 film "Casablanca" in classic cars in an open-air cinema atmosphere.

According to the written statement released by the association, classic automobile lovers will be taken on a journey through history with automobiles manufactured in the 1950s and 60s. During the drive-in film theater night, which will be held over a 1,000-square open area and 50 classic cars, the audience will watch the film "Casablanca," which was chosen as the best romantic film of all time by the American Film Institute. Directed by Michael Curtiz, the film stars Humphrey Bogart and Ingrid Bergman in the leading roles.

During the screening, the 1940 Buick car, which is similar to the one that Bogart uses in the film, will be placed behind the screen. The mechanic will direct the film in a classic truck with the equipment. The audience will watch the film sitting in classic cars that are over 50 years old such as Chevrolet, Buick, Desoto, Ford, Plymouth and Pontiac and they will be able to listen to the film via the cars' own speakers. Waiters clad in nostalgic costumes will serve popcorn, ice-cream and soft drinks to the audiences and classical automobile lovers will wear glasses, hats and scarves reflecting the spirit of the era. Before the screening, people will dance to nostalgic rock'n'roll songs and romance will dominate the night.

While drive-in film theaters used to be one of the most popular entertainment venues for young people and families abroad, summer film theaters were popular in Turkey.
Last Update: Jul 24, 2015 11:27 pm
RELATED TOPICS