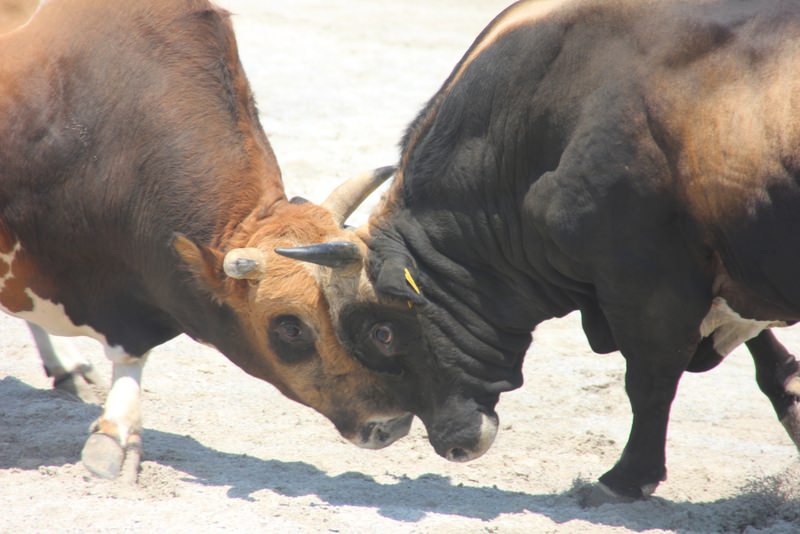 by Anadolu Agency Aug 04, 2015 12:00 am
More than 170 bulls fought against each other as Turkey's yearly bull wrestling season got underway on Sunday.

Around 4,000 people turned out for the opening bouts in Menteşe, a town in southwestern Muğla province where the spectacle is a centuries-old tradition. Bull wrestling in Turkey sees the animals fight each other rather than being taunted by a matador as they are in Spain and there are different divisions according to the size of the bulls. The winning bulls are used for breeding and sell for substantial amounts. Local official Mehmet Çelik said revenue from this year's event would be given to local schools.
RELATED TOPICS