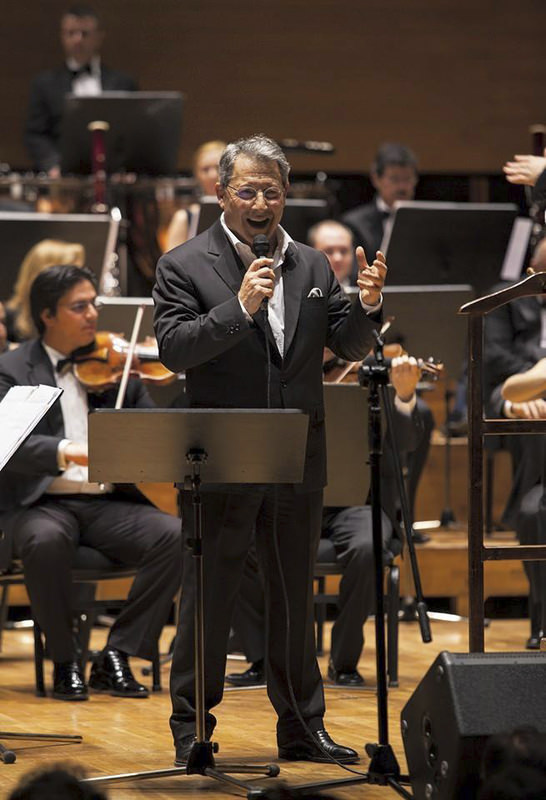 by Daily Sabah Aug 08, 2015 12:00 am
As part of the 100th year commemorations of the Battle of Gallipoli, the Çanakkale Metropolitan Municipality will host a concert accompanied by the Bodrum Chamber Orchestra on Aug. 11. Sponsored by Dardanel, the musical feast will feature opera singer Altuğ Dilmaç, who will perform Münir Nurettin Selçuk and Timur Selçuk's famous compositions. Sema Korkut will appear as the lead violinist and a 50-member classical Turkish orchestra will be conducted by Selçuk. Scheduled to take place at Çimenlik Castle of the Deniz Museum Commandership, the concert's first section will perform Selçuk's "Kör Kuyular" (Blind Wells), "Kalamış," "Rindlerin Akşamı," (The Evening of the Drunk) "Endülüs'te Rask" (Dance in Andalusia) and "Otomobil Uçar Gider"(Automobile, Fly Away). The second section will interpret Selçuk's "Sen Neredesin?" (Where Are You?), "Ayrılanlar için" (For Breakups), "İspanyol Meyhanesi" (Spanish Tavern), "Beyaz Güvercin" (White Pigeon) and "Bugün, Yarın ve Daima" (Today, Tomorrow and Always) with symphonic rhythms. Selçuk has successfully harmonized Turkish music with folk music traditions and Western classical music, and he also produced very prestigious compositions. Selçuk has written Turkish pop songs and has become a milestone in Turkish music history. Dilmaç said in a statement that he is proud to perform with Selçuk.
RELATED TOPICS