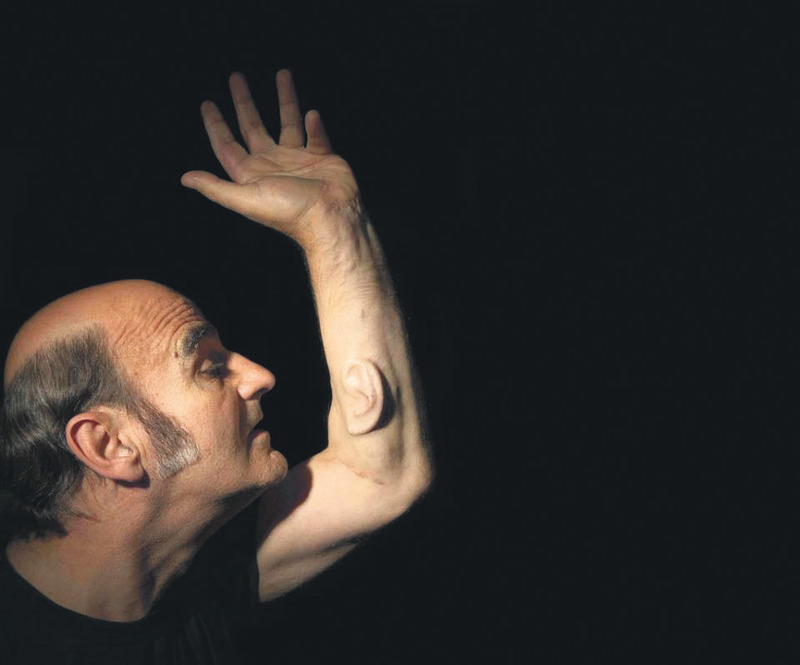 by Aug 13, 2015 12:00 am
An Australian artist and academic plans to connect an ear, which he has been growing for years on his arm, to the Internet so people can hear and track his movements. The project by a professor from Curtin University in Western Australia, known as Stelarc, is his latest in a series of works exploring the boundaries of blending robotics, prosthetics and the human body.

A miniature microphone with wireless Internet connection will be inserted into the "ear," while people will be able to track it through a GPS device placed on the body part. "There won't be an on-off switch," he said of the microphone. "If I'm not in a Wi-Fi hotspot or I switch off my home modem, then perhaps I'll be offline, but the idea actually is to try to keep the ear online all the time."

Stelarc, the director of the Alternate Anatomies Lab at Curtin University, previously created an exoskeleton, inserted a sculpture into his stomach and used a third, robotic arm for writing. He said the idea of having an ear implanted and grown on his arm first emerged in 1996. "In previous performances, I've used a third hand, an extended arm and a six-legged robot. Having an extra ear was sort of a natural progression," Stelarc told commercial broadcaster Channel Nine Wednesday.

Stelarc said the ear was "partly surgically constructed and partly cell-grown." "A biopolymer scaffold was inserted into my arm, skin was suctioned over it and then over a period of six months, that encourages your cells to grow into the scaffold. It grows its own blood supply so this ear becomes not only fixed, but a part of your body."
Last Update: Aug 13, 2015 1:35 am
RELATED TOPICS