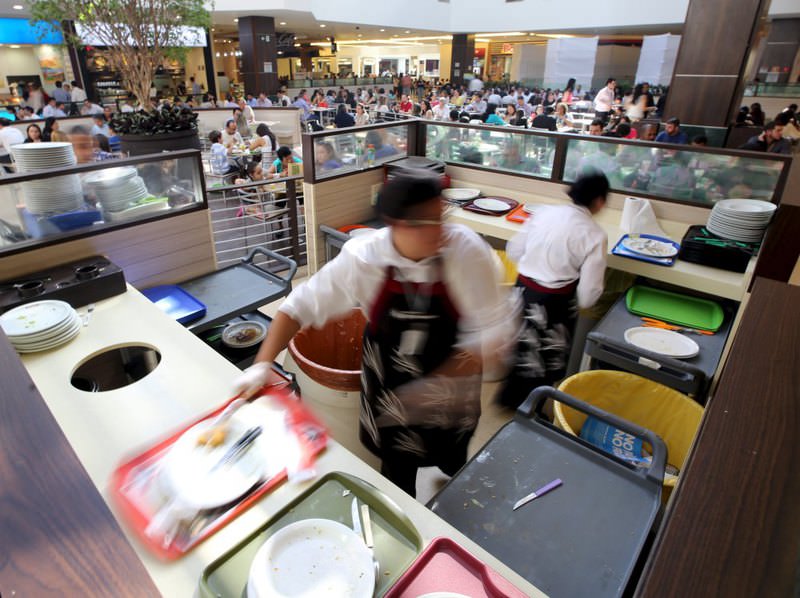 by Daily Sabah with Wires Aug 13, 2015 12:00 am
The EU wastes about 22 million tons of food a year and Britain wastes the most, according to a study by European Commission-backed researchers.

The study, published on Wednesday in the journal Environmental Research Letters, looked at data from six countries to analyze the water and nitrogen resources lost in the EU through consumer food waste.

It found nearly 80 percent of all food waste is "avoidable" and Britain is the worst offender, wasting the equivalent of a tin of beans per person every day. Even Romania, where food waste was the lowest, wastes a lot of food - roughly equivalent to an apple a day.

Averaged over all EU citizens, that amounts to 22 million tons of food each year, the study said.

The researchers said educating people about how to shop more carefully and plan their consumption would help cut the amount they throw away, lowering food bills and limiting the waste's impact on the environment.

"In some ways it's good that this waste is 'avoidable,' because it means we're able to do something about it," said Davy Vanham of the European Commission's Joint Research Centre, who led the work. "A lot of food is still 'good' but is thrown away when it passes its sell-by date."

The study - which used data from Britain, the Netherlands, Denmark, Finland, Germany and Romania - found vegetables, fruit and cereals accounted for the bulk of the avoidable food waste, partly because they tend to have a shorter shelf life.

But meat also goes to waste, the study found, and that has a greater impact on nitrogen and water resources.

The research team was able to study only six of the 28 EU member states properly because data from the other countries were not as reliable, Vanham said.

Recent reports show that Turkey also has a bad attitude in terms of wasting - even bread, which is an integral foodstuff in Turkish cuisine, consumed at breakfast, lunch and dinner, and every other occasion involving eating, even deemed sacred, is one of the most wasted food in Turkey.

According to the Turkish Grain Board, a state-run agency that runs a campaign against bread waste, reveals that 4.9 million loaves go to waste on a daily basis. A study conducted by a company selling pre-packaged breads showed that this translates to TL 1.4 billion ($502.25 million) going to waste every year in the country based on the varying price of loaves across Turkey. Company officials said pre-packaged bread may contribute to preventing waste as it can be stored in the refrigerator for up to six months.
Last Update: Aug 13, 2015 2:13 am
RELATED TOPICS