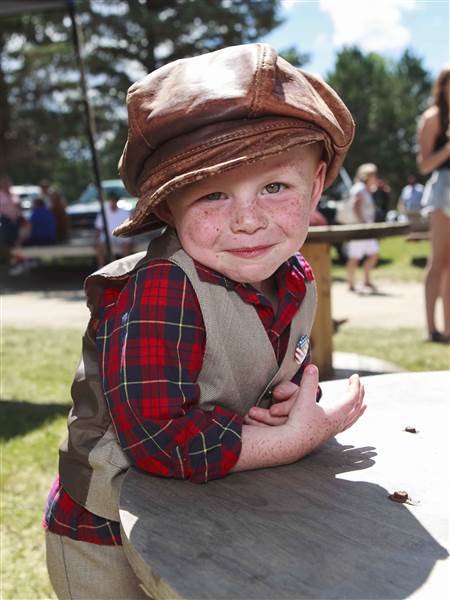 by Aug 13, 2015 12:00 am
A freckled-faced three-year-old boy has gotten a few valuable pieces of advice from his six-year-old brother since he succeeded his elder sibling as mayor of a small town in northern Minnesota.

"I told him to be nice when you talk to people and don't say any poopy talk," Robert Tufts said, relaying the conversation he had with his younger brother James after he became ceremonial mayor of Dorset, Minnesota, on Aug. 2.

James was named mayor of the town of 22 residents during the annual Taste of Dorset food festival. His name was drawn from a bucket during a $1 raffle to become mayor for a year, taking over for his brother Robert, who served as mayor for two years.

Emma Tufts said she is proud of her sons who have used the post to raise money for Ronald McDonald House Charities and the Salvation Army.

"It's pretty awesome because they are doing so much good with it," she said.

Anyone can become mayor of Dorset. A 4-year-old Chicago boy was once mayor and other candidates have included a local rooster who unfortunately met his demise before the drawing was held, according to an online description of the event.