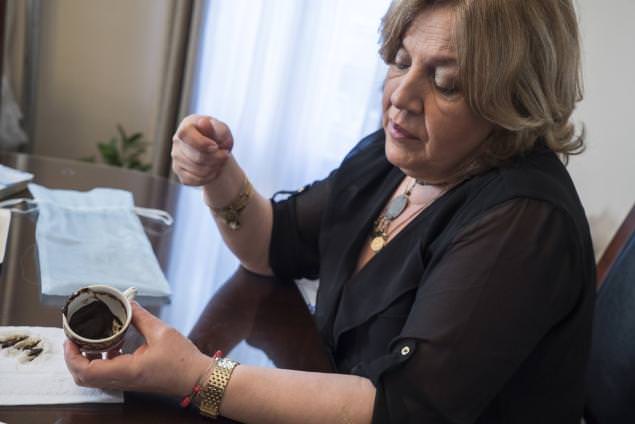 by Daily Sabah Aug 20, 2015 12:00 am
A Turkish coffee fortuneteller from Queens, Sema Bal, has gained nationwide fame after she did a reading in her suburban home in Woodhaven for Carole Radziwill, Heather Thomson and Dorinda Medley, the "Real Housewives of New York City," the reality show that depicts the life of New York's high society.

After her appearance on the reality show, people, especially from Virginia, Philadelphia and Los Angeles, called her to do a reading for them. The offers extended have been for up to $1,000 for one reading, which was only $150 before she became famous.

Bal read the fortunes of the socialites on the reality show using coffee grounds and predicted that Radziwill's husband Anthony, who died 15 years ago, would come back into her life, while Radziwill was preparing to head to London to get her husband's ashes.

Bal, also predicted that Thomson's son would have surgery, which turned out to be true, and said she saw a balloon in Medley's cup, the very item that Medley said followed her around after her husband Richard died.