Accessible tour area for the disabled built in Troy 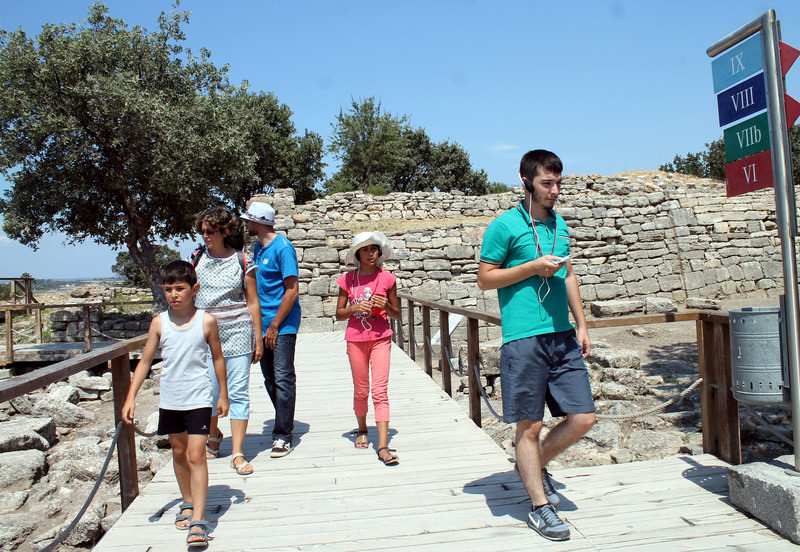 by Daily Sabah Aug 24, 2015 12:00 am
An accessible tour area for the sight and hearing impaired will be built in the ancient city of Troy in Tevfikiye village in Çanakkale province, which is on the UNESCO World Heritage List.

The chief of the Troy archaeological excavation site, Professor Rüstem Aslan, noted that there are no archaeological sites with wheelchair access and now the visibly impaired will be able to touch the walls and a sign language system will be established for the hearing impaired.

Speaking at a press conference in the ancient city of Troy, Professor Aslan noted that work at the excavation site was filling the defense and palace structures in the Castle of Troy, and that they had discovered many new structures and that the most comprehensive vegetation cleaning to date was made this year.

Aslan stated that visitors damage the ancient site; therefore, they will build wooden roads and bridges for visitors to avoid any damage to the structures. He said that wooden walking courses for visitors, which will be longer than the current one, would be added, enabling visitors to tour the whole area without actually entering the site.

Aslan said, "The museum will have access for sight and hearing impaired people, making Troy the first accessible archaeological site in the world in this respect." He noted that the visually impaired will be able to listen to audio recordings and touch the walls to discover their real size and that sign language signs will be put in place for the audibly impaired.

Aslan announced that excavation and digging will continue at the site and that their biggest aim is to prove the Trojan War. He added that while they haven't found any written works, they can prove the war via findings in the cemetery and other treasures and that the biggest mystery is the location of Troy's cemetery. "While we have significant leads, we still haven't located the cemetery," said Aslan. He pointed out that this year many clues were discovered and that they hope to uncover this mystery in coming years.
RELATED TOPICS