World-famous cinematographer in Turkey to shoot film for TRT 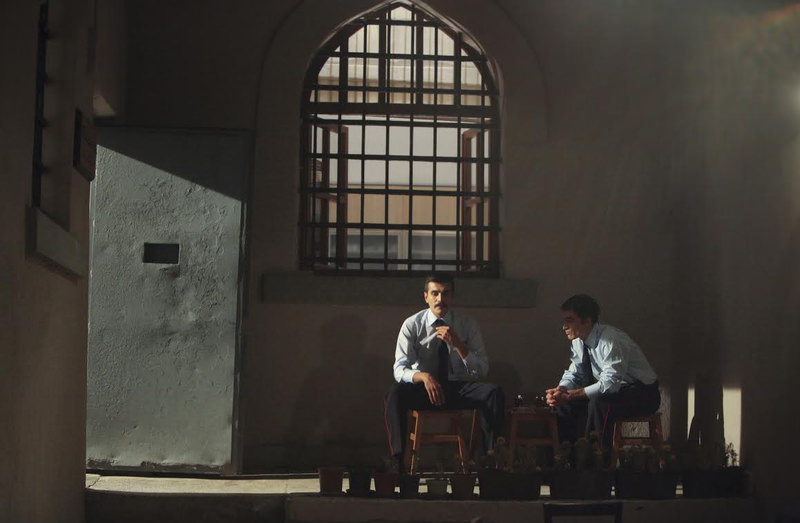 The Polish cinematographer said that he had a chance to read the script of the film before coming to Turkey, adding that the film seems to be a production that will draw the attention of a lot of people from different segments of society.
by Daily Sabah Sep 01, 2015 12:00 am

Known as the cinematographer of ground-breaking films like ‘Pulp Fiction' and ‘Reservoir Dogs,' Andrzej Sekula has come to Turkey for the shootings of a film titled ‘Name: Yusuf' produced by the state-run TV channel TRT

Andrzej Sekula, who was the cinematographer of cult films such as "Pulp Fiction" and "Reservoir Dogs" came to Turkey to advise on the violent scenes of the Turkish production "Adı: Yusuf" (Name: Yusuf).

Written by Hulusi Çelik and directed by Okan Özbay, the film project is a part of the TRT TV Films Project to celebrate the 50th anniversary of the state-owned Turkish Radio and Television Corporation (TRT) and the centenary of Turkish cinema. Invited to Turkey as an cinematography advisor, Sekula told Anadolu Agency (AA) that the shooting of "Adı: Yunus" is no different than the film productions he worked on in the U.S., U.K. or China.

Describing cinema as an art form in which different stories are told, Sekula said: "Almost all the equipment and technology are used and the problems that we face are the same, however when you watch the film after a couple of months everything changes as the stories are very different from each other." The Polish cinematographer said that he had a chance to read the script of the film before coming to Turkey, adding that the film seems to be a production that will draw the attention of a lot of people from different segments of society. "The first few days were easy for me as I watched how people were shooting the film and I had a chance to meet the production crew," Sekula said. "I was able to make friends with most of the people. I tried not to disturb anyone as I observed as the people in the crew were the ones who were doing the actual job. They were really good and I personally liked the camera crew. Their relationship with the director was really good."

Commenting on TRT's TV Films Project, Sekula said: "I think this project is a little crazy but it is also great. I lived and worked in the U.K. for a long time. The U.K. is known for its support for independent films. I also worked in the U.S. and although they are not known for their support for independent films, various independent productions, investors and films come out from there. So, many films are shot in the U.S. Canada is also a country that backs up independent films. However, I have never come across a project so large that it both educates people while giving people a chance to shoot a film."

Sekula said that these kinds of projects have to continue for more than a year in order to receive a positive outcome. "To produce box-office films, producers need educative projects and excellent technicians," Sekula said. "We need to face the fact that the world has become depended on images. We are living in a world where stories are told though images. The Internet, cinema and television are all the same."Saying that all these are tools for propaganda, he explained that he does not use the word "propaganda" with negative connotations. "What I am saying is, for instance, propaganda where all the best directors of Turkey can show their talents. I think this is a huge investment for a country," he said.

Highlighting the importance of producing a film in recent years, Sekula shared his observation that a new understanding has been established in Turkey regarding cinema and this is a very important tack for the country.

Starring Kemal Uçar, Yıldırım Gücük and İrfan Kılınç in the leading roles, the film is being shot at the Ulucanlar Prison, which was restored by the Altındağ Municipality and opened for visits in 2011. The film focus on an inmate who gives hope to the people around him and his 40-day story to freedom as well as the changing life of Cem, the chief warden of the prison. Written by Hulusi Çelik, who worked previously as a warden, the story reflects the harsh living conditions of prisons and the conflicts between wardens. The film will be the first feature-length film shot at Ulucanlar Prison following Tunç Başaran's 1989 production "Uçurtmayı Vurmasınlar" (Don't Let Them Shoot the Kite).
Last Update: Sep 01, 2015 11:35 pm
RELATED TOPICS