Earth has 3 trillion trees but they're falling at alarming rate 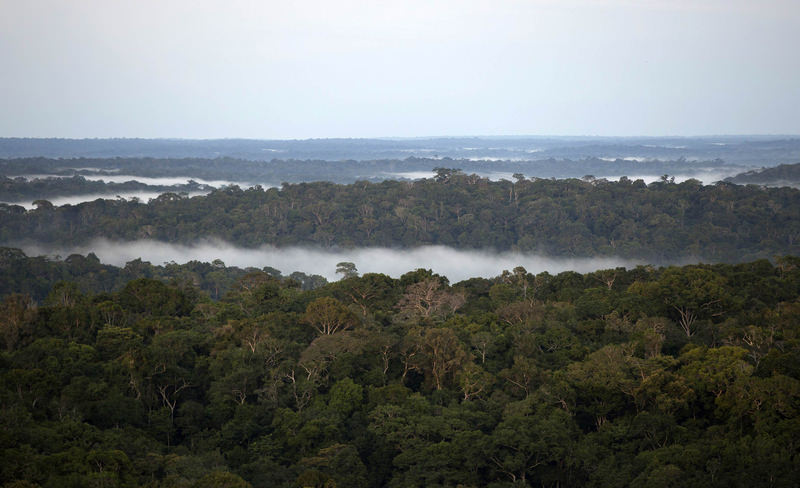 by Will Dunham Sep 04, 2015 12:00 am
Earth is home to just over 3 trillion trees - the redwoods of California, the olive trees of Tunisia, the cherry trees of Japan, the eucalyptus of Australia and so many more - but they are being lost at an alarming rate because of human activities. Those are the findings of researchers who on Wednesday unveiled the most comprehensive assessment of global tree populations ever conducted, using data including satellite imagery and ground-based tree density estimates from more than 400,000 locations worldwide. The estimate of 3.04 trillion trees - an estimated 422 for every person - is about eight times higher than a previous estimate of 400 billion trees that was based on satellite imagery but less data from the ground.

The new findings leave abundant reason for concern - with people at the root of the problem. The number of trees has fallen by about 46 percent since the start of human civilization and each year there is a gross loss of 15 billion trees and a net loss of 10 billion, said Yale University ecologist Thomas Crowther, who led the study published in the journal Nature.

"There are currently fewer trees than at any point since the start of human civilization and this number is still falling at an alarming rate," he said. "If anything, the scale of these numbers just highlights the need to step up our efforts if we are going to begin to repair some of these effects on a global scale."

"Trees are some of the most prominent and important organisms on the planet," Crowther said. "Trees provide a wide range of important ecosystem services for humans. They store water and nutrients, stabilize the soil, provide habitats for plants and animals, offset the impacts of climate change by absorbing carbon dioxide and they generate the oxygen that we need to breath." The study found that while the highest tree densities were in the sub-Arctic regions of Russia, Scandinavia and North America, the largest forested areas were in the tropics, home to about 43 percent of the global tree total.
RELATED TOPICS