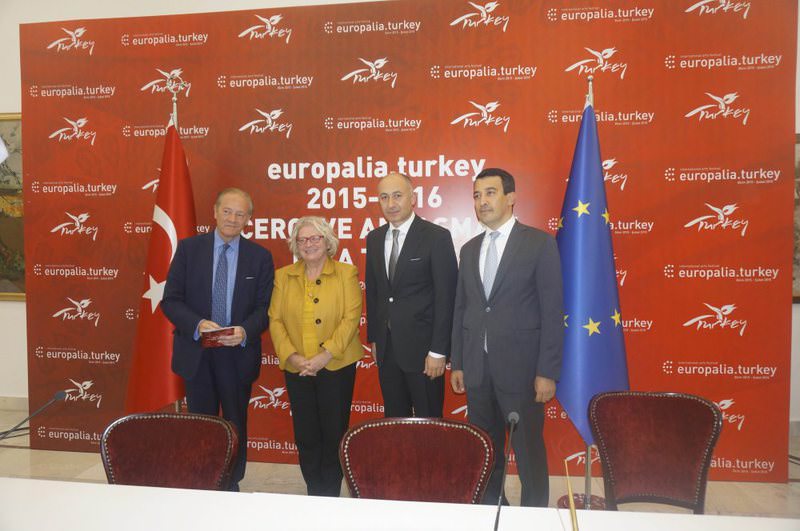 by Daily Sabah Sep 08, 2015 12:00 am
With the theme "Anatolia: Home of Eternity," Turkey will be the guest of Europalia, one of the most prominent culture and arts festivals in Europe that will run from Oct. 6 to the end of January. President Recep Tayyip Erdoğan and Philippe of Belgium will open the festival. From traditional architecture to music and contemporary arts to dance, Turkey will introduce its rich cultural diversity during the festival. Many musicians and artists have been invited to Brussels with the Ministry of Culture and Tourism coordinating the festival.Businessman Erman Ilıcak will represent Turkey at Europalia as the festival does not allow public officers to act as a representative. Professor Hasan Bülent Kahraman is the project's artistic coordinator, while İrfan Önal is the general promotion director. The festival team includes İlknur Özgen as archaeology curator along with Alin Taşçıyan for cinema, Vedat Başaran for gastronomy, İskender Pala for literature, Yekta Kara and Adnan Çoban for music, Beyhan Murphy for performance arts, Engin Özendes and Paul McMillen for photography, Mehmet Birikiye for theater and Uğur Derman for traditional arts. All team members as well as guest artists reflect different colors of Turkey as there will be Kurdish, Jewish, Circassian, Assyrian and Greek-origin artists from Turkey will be in Brussels. Luc Bertrand, the festival's general manager, said that Turkish culture is highly influential and many people want to know more about it. Noting that a large audience is expected, Bertrand said, "Europalia is a very good platform that allows countries to promote themselves."

Alongside culture and arts events on Turkish traditions, a photography exhibition "Imagine Istanbul" will reflect Istanbul from the eyes of movie makers, authors and musicians. Famous photojournalist Ara Güler's photos will compose a significant part of the exhibition. To promote Turkey's cultural heritage, Belgium will be the main venue for folk dance performances, Ottoman music events, poetry readings and traditional shadow play Karagöz and Hacivat performances. An online photography competition "Turkomania" will be held as part of the festival.
RELATED TOPICS