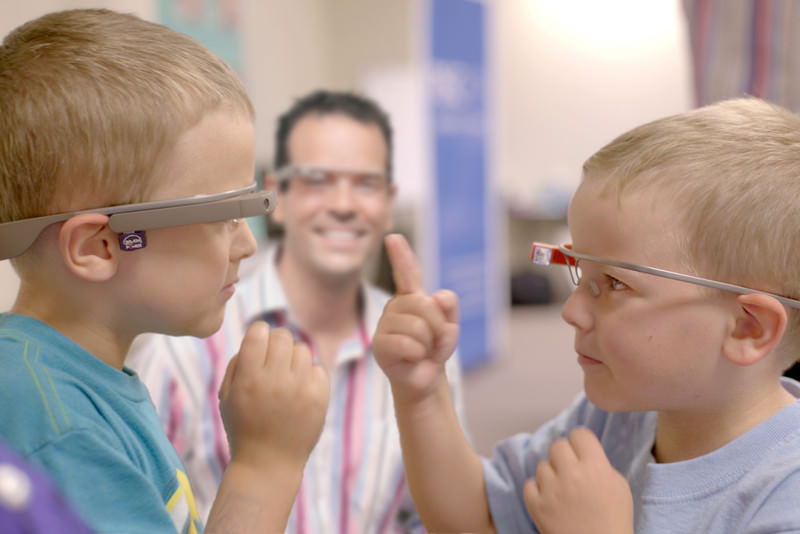 by H. Salih Zengin Sep 10, 2015 12:00 am
Born in the U.S., the Turkish scientist Nedim Şahin, who received his Ph.D. from Harvard University, produced the first wearable product that is specially designed for people with autism. Şahin founded his company "Brain Power" last year with a team of 15 scientists and has already managed to cause a stir in the world of science. Known as Dr. Ned Sahin in the U.S., the Turkish scientist designed special smart glasses thanks to his collaboration with Google. Şahin aims to launch a network that is unique to people with autism and their personal skills.

Informing that his company employs experts specialized in neuroscience, psychiatry, pediatrics and education as well as people with autism, Şahin said Brain Power is a system that produces wearable smart computers such as Google Glasses combining both hardware and software. "We discovered four difficulties for people with autism, which are social interaction, language development, behavior control and creating categories. Hence, we focused on a system that can help people with autism to improve their skills such as empathy, eye contact, speaking abilities and behavioral control," Şahin said.

The smart glasses can be personalized according to people's own experiences. Şahin describes his invention saying, "It is a technology that interacts with the world around us with hands free and heads high up."

To test the Brain Power system, Şahin and his team traveled all over the U.S. with a truck and met with hundreds of families across the country and received "very positive" feedback. "People used these glasses and they were very content. We achieved success in various environments," said Şahin, adding they will soon begin marketing their technology. Around the middle of this month, Şahin will launch a campaign on www.kickstarter.com.

Şahin said that they received government support while developing Brain Power and added that they also collaborated with Google. The Turkish scientist also said that they got advice from parents, which in turn helped them while designing the smart glasses. "For instance, parents told us that they are very afraid their children might not come back home once they go outside. This is a real threat for people with autism. We are currently developing a system that alarms parents if the person wanders around aimlessly. This system will enable parents to see what their children see through the glasses and feature a GPS to track them down," said Şahin. While one in every 150 children have autism in the world, Turkey has about 650,000 people with autism.