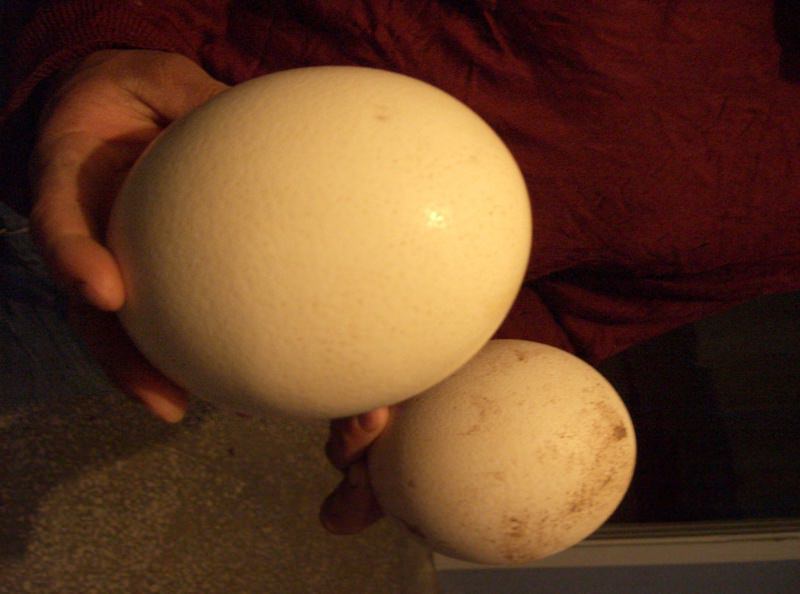 by Anadolu Agency Sep 16, 2015 12:00 am
Turkish greenhouse owners are using a centuries-old remedy, ostrich eggs, to keep spiders and insects away from their harvest.

According to Hacı Gedikaslan, who for the last 20 years has been in the business of breeding ostriches, the eggs are not only more effective than most strong pesticides, but there is actually a profitable market for it if they are sold as repellents.

Gedikaslan said the ostrich breeding sector has had its shares of ups and downs, especially with the bird flu scare that worried investors.

However, now new and old investors are eyeing profits in the sector not only because of ostrich meat potential, but are also seeing how the eggs could be sold as repellent products.

"I'm having a hard time finding enough eggs to fill orders requested by greenhouses in the Mersin and Antalya regions. Since spiders do not come to places where ostrich eggs are placed, there is a significant demand from greenhouse owners there," Gedikaslan said.

The use of ostrich eggs as repellents against insects was made famous by Ottoman architect Mimar Sinan when he placed them inside his masterpiece, Süleymaniye Mosque, which was built in 1557 in Istanbul during the reign of Sultan Süleyman the Magnificent.

The architect had kept ostrich eggs in the center of chandeliers dangling from the mosque dome to keep insects, which are attracted to candles and oil lamps, away.

Sinan's remedy helped keep the 26-meter-wide dome clean. Over 400 years, however, most of the eggs were either broken or stolen. Some 30 of them still remain in Süleymaniye Mosque.

It is believed that ostrich eggs emit odors which insects such as spiders find unbearable; the smell is said to be undetectable by the human nose.

Among the numerous inventions attributed to him, Sinan is also given credit for an air purification system in which the smoke from oil lamps is driven to a filter chamber where the soot is filtered, collected and used to make ink.
RELATED TOPICS