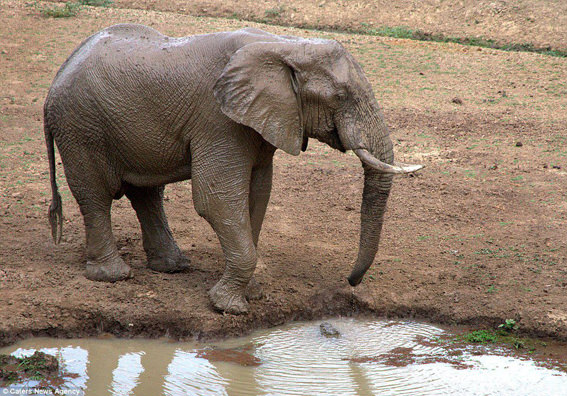 "Armed criminal gangs are slaughtering these animals in Zambian national parks at a terrible rate," Serve Rural Africa Foundation Secretary-General Wisdom Gondwe said in an interview. Zambia's economy is largely based on copper exports, which account for 70 percent of its GDP. But the fall in copper prices in the past year, Gondwe said, is causing rising unemployment and is forcing Zambians to turn to poaching as a source of income.

"There is a growing global market for ivory tusks, horns and skins for use in ornaments and medicines, and the criminals are taking advantage of it," Gondwe said.

The danger to elephants is particularly acute. Africa's elephant population numbered between 3 and 5 million at the beginning of the last century, but has been severely reduced: today it stands at less than 470,000 and is falling rapidly, according to a 2015 report by the World Wildlife Fund. According to the Save the Elephants Foundation, more than 30,000 elephants are killed every year in Africa to satisfy demand for ivory in China and the Far East, where tusks are worth more than $2,000 per kilogram.

"If this is allowed to continue, the growing wildlife-related tourism that provides much-needed foreign exchange income will be destroyed," Gondwe said. Zambia is home to 20 national parks, 35 game reserves and 36 game management areas. "These animals are under very serious threat and are declining at a very fast rate. Already the big cats are almost gone, and we only have a few thousand elephants and rhinos. Something needs to be done immediately to stop the killing," he insisted. The Ministry of Tourism reported that measures are under consideration.

"We need to take urgent measures and act quickly, not only to combat the international illegal ivory trade but also to contain habitat loss. If not, I am afraid that our elephants will all be killed. When this happens, we will lose the revenue from game-viewing tourism," Minister of Tourism and Natural Resources Jean Kapata told Anadolu Agency in an interview. According to a spokesman from the Zambian Wildlife Authority, a number of poachers are arrested every day for poaching in Zambia. But the authority has limited resources to track and arrest the gangs.
RELATED TOPICS