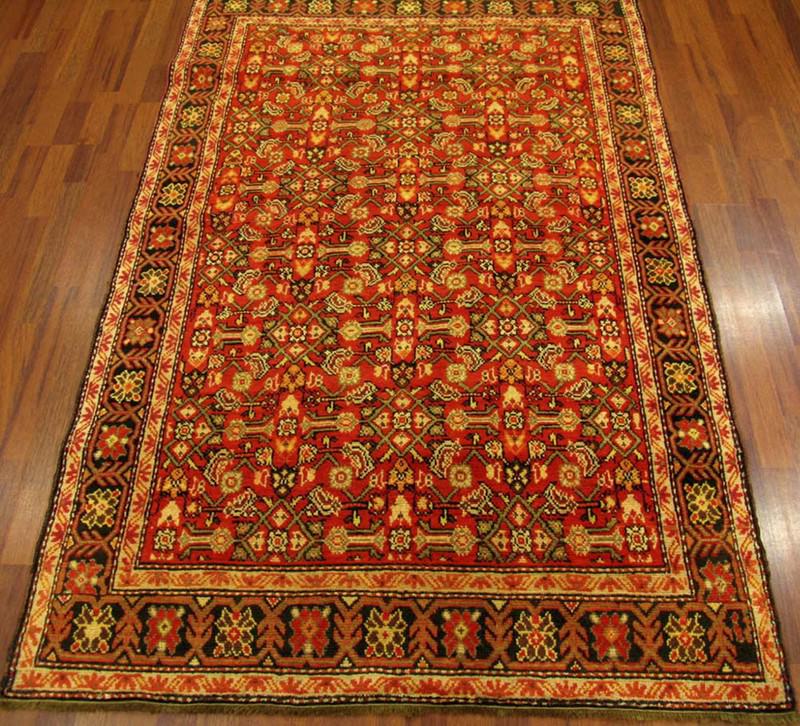 by daily sabah
Oct 05, 2015 12:00 am
Officials from İzmir's Bergama district, which made UNESCO's World Heritage List with its impressive historical sites, recently launched a program to promote local carpets which display the culture of the Yuruks (Turkish nomads). The program will become a part of UNESCO's Creative Cities Network, founded in 2004. Within the scope of the program, German photographer and historian Elizabeth Steiner, who has written books on Bergama carpets and has been carrying out studies for years, made a presentation on Bergama's authentic carpets, rugs and weavings and shared her impressions. The presentation took place during a meeting at the Bergama Municipality Haluk Elbe Hall.

Felix Pirson of the German Archaeological Institute, who is leading the excavations in Pergamon Ancient City, headed the meeting with archaeologists from the excavation team as well as tourism managers and carpet traders operating in the district all in attendance. During her presentation, Steiner said Bergama is a very rich district regarding Yuruk culture noting that Bergama carpets have been passed down from generation to generation for centuries. She said the motifs of Bergama carpets reflect people's experiences and stressed the importance of recognizing these carpets as culturally valuable. Also speaking at the meeting, Bergama municipality Mayor Mehmet Gönenç said they decided to raise awareness about the important values of the district and promote them to the world. "It is important for us to make Bergama carpets as objects that contribute to the district economy. Our mission is to find out what we can do about manufacturing Bergama carpets. I believe that what we do here today is the beginning of good days to come," said Gönenç.