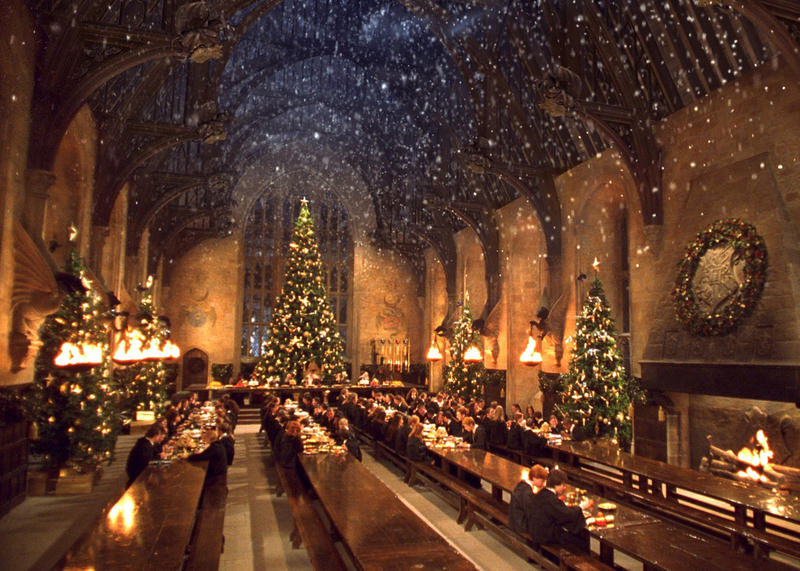 by daily sabah
Oct 12, 2015 12:00 am
Harry Potter superfans will hold their breath until December as the Warner Bros. Studio Tour has added a Christmas dinner opportunity at The Hogwarts dining hall on their calendar. The first ever "Dinner in the Great Hall" will take place from 6:00 p.m. until midnight, according to Warner Bros. Studio Tour's official website. Due to the overwhelming response, the event is already sold out.

The famous Hogwarts dining room will be exclusively decorated for the meal with the original props used in Harry Potter and the Philosopher's Stone. Guests will enjoy a Christmas dinner with all the trimmings on an authentic set. Following the dinner, a studio tour will be waiting for guests in different sets such as the Gryffindor common room and the Weasley's kitchen at The Burrrow, which will also be dressed as they were for the winter scenes. The Hogwarts Dining Hall was first presented in the first sequence of J.K. Rowling's Harry Potter series and housed many feasts and settings of memorable scenes like the Sorting Ceremony in the first film where Harry is placed in Gryffindor house and the arrival of the Durmstrang and Beauxbatons students in Harry Potter and the Goblet of Fire. Rowling's seven Harry Potter novels have sold more than 450 million copies around the world and been made into eight successful films. In June, author J.K. Rowling announced that the hidden adventures of the Hogwarts wizard Harry Potter will be revealed in a play called "Harry Potter and the Cursed Child" in the summer of 2016 and will be staged at London's Palace Theatre.