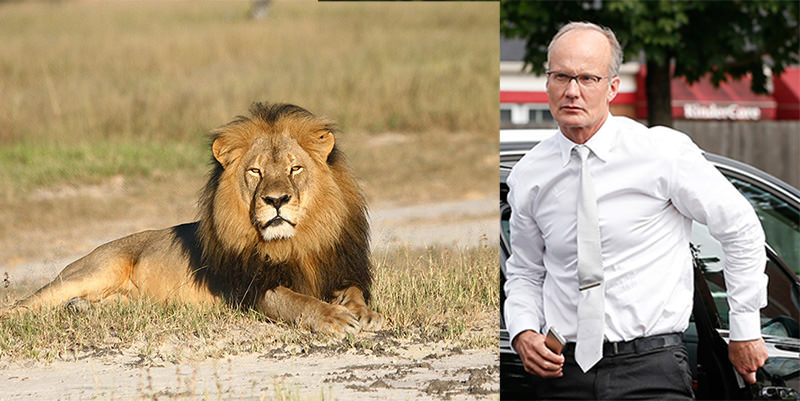 | AP photo
by reuters
Oct 12, 2015 12:00 am
Zimbabwe will not charge American dentist Walter Palmer for killing its most prized lion in July because he had obtained legal authority to conduct the hunt, a cabinet minister said on Monday.

Palmer, a lifelong big-game hunter from Minnesota, stoked a global controversy when he killed Cecil, a rare black-maned lion, with a bow and arrow outside Hwange National Park in Western Zimbabwe.

But Palmer's hunting papers were in order, Environment Minister Oppah Muchinguri-Kashiri said on Monday. Consequently, he could not be charged.

"We approached the police and then the Prosecutor General, and it turned out that Palmer came to Zimbabwe because all the papers were in order," Muchinguri-Kashiri told reporters.

Muchinguri Kashiri said Palmer was free to visit Zimbabwe as a tourist but not as a hunter. The implication was he would not be issued the permits a hunter needs.

Two more people still face charges related to Cecil's killing. Both allegedly were involved in using bait to lure Cecil out of his habitat in Hwange National Park so he could be killed.

Theo Bronkhorst, a professional hunter in Zimbabwe, is charged with breaching hunting rules in connection with the hunt in which Cecil was killed. A game park owner is also charged with allowing an illegal hunt. Both have denied the charges.

Bronkhorst is expected to appear in a Hwange court on Thursday where a magistrate will rule on a request by his lawyers that his indictment be quashed.

Palmer, 55, has previously said that the hunt was legal and no one in the hunting party realized the targeted lion was Cecil, a well-known tourist attraction in the park.

Palmer could not be reached immediately for comment on the environment minister's statement to reporters.
Last Update: Oct 12, 2015 6:04 pm