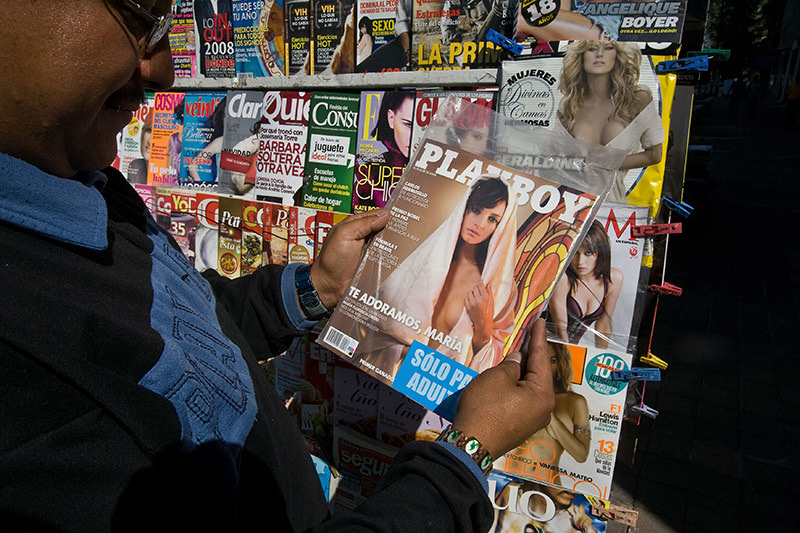 by Associated Press
Oct 13, 2015 12:00 am
Playboy will no longer publish photos of nude women as part of a redesign, the decades-old magazine announced Tuesday.

The magazine will still feature women in provocative poses, but they will no longer be fully nude, Playboy said in a statement.

The change, to take place in March, represents a major shift for the magazine, which broke new ground when Hugh Hefner created it and featured Marilyn Monroe on its debut cover in 1953. It marks the latest step away from depictions of full nudity, which were banned from the magazine's website in August 2014.

The magazine claims it website audience soared with that move, averaging a 400 percent increase in monthly unique visitors.

"The political and sexual climate of 1953 ... bears almost no resemblance to today," said Playboy Enterprises CEO Scott Flanders. "We are more free to express ourselves politically, sexually and culturally today, and that's in large part thanks to Hef's heroic mission to expand those freedoms."

Officials acknowledge that Playboy has been witnessing widespread changes. "You're now one click away from every sex act imaginable for free. And so it's just passed at this juncture," Flanders told The New York Times.

Playboy's print circulation, once measured in millions, is now about 800,000, according to Alliance for Audited Media, the newspaper reported.

The shift from nudity will be accompanied by other changes in the magazine, including a slightly larger size and a heavier, higher quality of paper meant to give the magazine a more collectible feel.

Previous efforts to revamp Playboy have never quite stuck. But this time, as the magazine seeks to compete with younger outlets, Flanders said it sought to answer a key question: "If you take nudity out, what's left?"
Last Update: Oct 13, 2015 5:32 pm