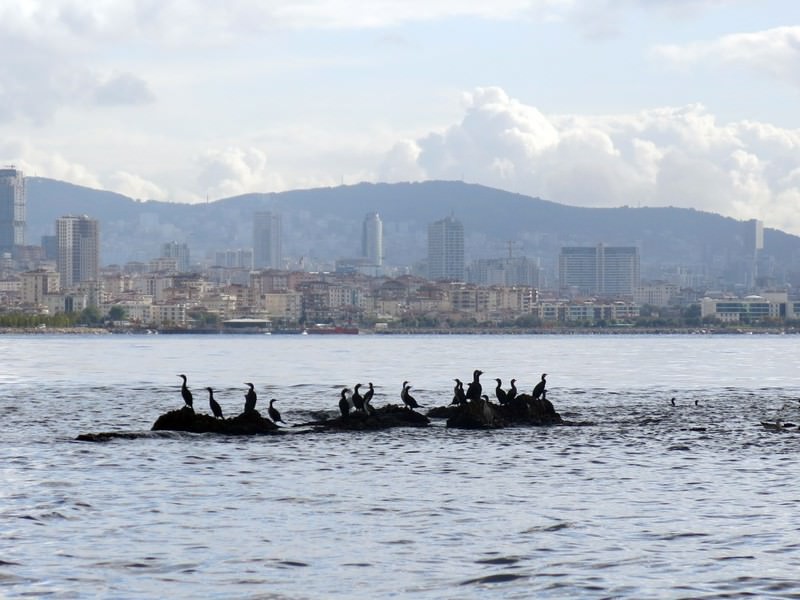 The archaeological site of Vordonisi Island, which was once above the surface of the Bosphorus but was submerged 1,000 years ago following a large earthquake, will be developed as a diving site by the Maltepe Municipality

Located 700 meters off the shore of Istanbul's Maltepe district, Vordonisi Island contains Istanbul's only underwater archaeological site that dates back 1,500 years ago. As one of the Princes' Islands in the Marmara Sea, Vordonisi Island is home to numerous archaeological artifacts, as the island is believed to have submerged following a huge earthquake in Istanbul that occurred almost 1,000 years ago.

In order to understand more about the huge Istanbul earthquake, its effects on the region and the history of the island, the Maltepe Municipality put together a diving team to photograph the island and a team of scientists to discuss the archaeological site as well as the earthquake through these photographs.

Professional divers shed light on the archaeological site, one of the most important natural archaeological sites in Turkey, by photographing the area, including its old monastery, and the site is planned to be opened up to diving tourism in the future to promote its natural beauty.

The endeavor, which was overseen by Maltepe Municipality Mayor Ali Kılıç, drew great attention from the press. Kılıç said they initiated the project to shed light on to the archaeological artifacts situated on the island, and added: "It has been determined that the monastery on the island was operating during the Byzantine period. Scientists have also showed that Vordonisi submerged after an earthquake in 1010."

Highlighting the importance of the island for diving tourism, Kılıç said they aim to turn the Asian side of Istanbul into a tourism hub by drawing scores of tourists to the area once the one and only underwater archaeological park of Istanbul is open for tourism.

During a half-hour-long dive by four professional divers, the photographs of a submerged island in the Bosphorus were taken, documenting the ruins of the island. The diving team also gifted a roughly 100-year-old anchor founded at the bottom of the Marmara Sea to Kılıç.
Last Update: Oct 16, 2015 2:03 am